Let me confess from the very beginning that I don’t normally like speculating – but on this occasion I’m going to. Am I the only one who feels that something smells to high heaven with the current Wayne Rooney situation? What was initially thought to be a relatively minor injury picked up at training just a day before he agreed to sign a new contract is turning out to be a month out of action. The club has now sent him to the United States for a week of rehabilitation – which is certainly unlike anything Sir AlexFerguson has ever done in the past.

Sir Alex issued a statement to the official club website on Friday in which he stated that “The simple reason Wayne is going to the US is to continue his rehabilitation programme and undergo a week of concentrated training and conditioning under the supervision of our medical and sports science staff.” 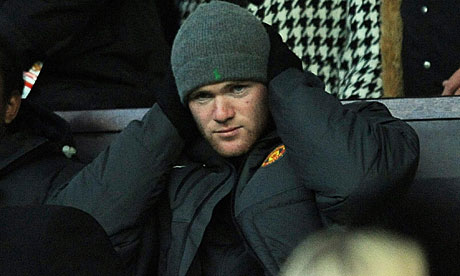 Rooney has not figured for United since his substitute appearance in their 2-2 draw with West Brom on 16th October and is not expected to return back home until November 13 when it is ‘hoped’ that he will be close to a first team return. All this could of course be totally above board but for the life of me I cannot get the following scenario out of my head.

The speculation then begins at this point. Ferguson has long been known as someone who is not forgiving to anyone he believes has crossed him, the club and insulted his team mates as many, many big name stars have found in the past. He may have also got to the point where he has simply had enough of the Rooney scandals, his unreasonable demands and the standover tactics used by his agent in the contract negotiations.

So here is where I cannot help but suspect that a secret deal may have been reached. United will put Rooney on the transfer list in January demanding the large transfer fee that some clubs will be happy to pay and in return, Rooney will be given an attractive percentage of that fee.

Secondly, and just as important for obvious reason, Rooney will not be allowed to move across town to Manchester City. United will clearly be unable to legally enforce such a condition, but an agreement could have been reached for Rooney to go anywhere else except Eastlands.

Is such speculation too far fetched? It may well be but something just does not gel in this whole business. For Rooney not to remain under the watchful eyes of Ferguson and away from his team mates at Carrington for a week makes little sense. One thing is certain, should Rooney end up at Chelsea, Madrid or anywhere else, United fans will not see it as quite the blow that would have devastated them just a few weeks ago. Or am I just being an old cynic?

Is it possible that a secret deal has been made between Rooney and United?

37 thoughts on “Is there a secret deal between Rooney and United?”