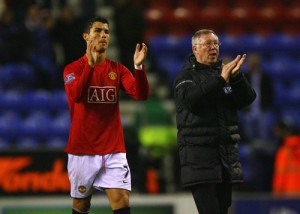 Manchester United are Champions again! A goalless draw against Arsenal was enough to retain the Premier League title and get our 18th league title with a game to spare.

Cristiano Ronaldo came closest to breaking the deadlock when he fizzed a trademark free-kick just inch over in the second half. Before the end, Van Persie worked himself some space and fired at goal from a tricky angle. But van der Sar was perfectly placed to make the save.

Next game against Hull City will be a good chance to rest the key members as Sir Alex Ferguson looking to keep the players fresh before the big clash against Barcelona in the UEFA Champions League Final.