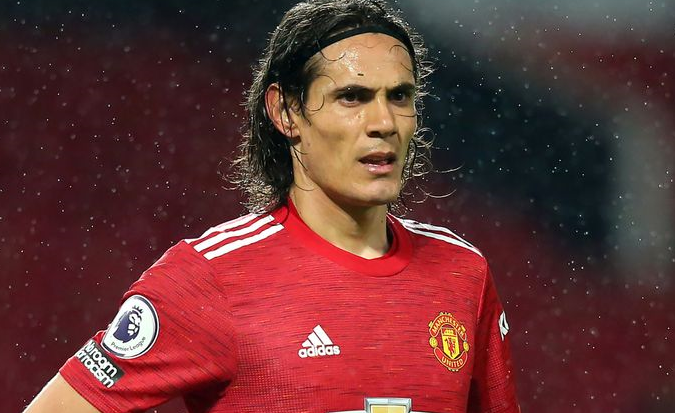 It is strange to think that Edinson Cavani’s arrival at Old Trafford in October 2020 was the source of much amusement throughout the Premier League and football world at large. It was even described as the worst bit of business to be done in the transfer market with pundits and opposition fans not pulling any punches in their assessment of the 34-year-old’s abilities.

In fairness, the Uruguayan arrived at a time when Manchester United were receiving it from all sides after putting pen to paper on a deal the day after United were beaten 6-1 by Spurs at Old Trafford. Such a thrashing invariably leads to strong opinions and Cavani’s entrance coincided with him being thrown into the line of fire. How times change though.

Seven months on and United have only lost one Premier League game since Cavani made his debut in a defeat to Arsenal in late October. The former PSG striker has contributed 15 goals in 35 games and played an integral part in helping the Red Devils to change tack this season. In fact, the turning point in United’s campaign came courtesy of a stunning Cavani brace at the end of November against Southampton. Indeed, Cavani’s winning goal during the second minute of injury time was a throwback to what life was like under Sir Alex Ferguson when United would always find a way to get themselves out of the fire.

In many ways, the Uruguayan’s loan has been so successful that it will go down alongside Henrik Larsson’s as far as lasting impact goes over a short period. Thankfully for the Old Trafford faithful, however, Cavani will be at the club a lot longer than the Swede after signing a one-year extension. There were fears that his last game would be against Villareal in the Europa League final, and although that would have been a memorable way to sign off, with Marathonbet pricing United at just 19/50 to win the competition, it did feel a bit premature.

When one looks back on the events over the last couple of months, the news of his contract extension certainly comes across as an unexpected development. After all, the 34-year-old told Ole Gunnar Solskjaer in April that he wanted to return to South America as a deal with Boca Juniors was on the table.

Edinson Cavani is the first Man United No.7 to score 15 goals in a season since Cristiano Ronaldo.

The curse is broken 🏹 pic.twitter.com/cvW8KLkvEf

Additionally, Cavani missed a string of matches in March despite declaring himself fit to play, the club differed with the Uruguayan’s opinion which led to a bit of tension. It was at this point that his father Luis said that he was unhappy in Manchester and wanted to leave. Irrespective of his father’s direct approach, it was felt by those at the club that the reality of the situation was slightly different from what was being reported.

This proved to be the case after multiple conversations with Solskjaer, which convinced Cavani to hang around at Old Trafford for one more season. This now feels like a significant development in United’s preparation to win the 2021/2022 season. Interestingly, news of Cavani’s extended stay in Manchester hasn’t been greeted by the sniggers that were so loud in October, but rather a sense of trepidation from all of United’s rivals.