When Manchester United made the trip to the Stadium of Light on Boxing Day 2007  Sunderland had gone through an up and down experience which would have turned anyone dizzy. Relegated in 1996-97, they were back among the big boys in 1999-2000, down again in 2002-03, back up for just the one season in 2005-06 then finally promoted to stay in season 2007-08.  United did not show any Christmas cheer to the Premier League newcomers that day but there’s little doubt that things will not turn out to be so one sided on Saturday.

Sunderland found themselves on the receiving end of a Boxing Day thumping as Manchester United coasted to a 4-0 success at the Stadium of Light. Like their manager Roy Keane in his playing days at United, Sunderland showed plenty of fighting spirit but there was no real quality to the Wearsiders’ play and they found themselves on the ropes come the end of the first half. 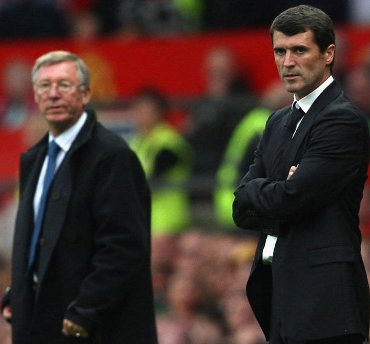 The Red Devils subjected the Black Cats to a version of Christmas hell as they left the home team reeling from a defeat which could have been far heavier. The hosts had looked lively in the early stages, but far too often when in attacking positions they surrendered possession.

That gave United a green light to hand out a master-class in fast, flowing football and clinical finishing. And with their side trailing 3-0 at half-time, the home crowd in an attendance of must been worried that they would be on the wrong end of a cricket score.

Teenage striker Martyn Waghorn, 18 next month, was handed his first team debut by Keane, but apart a couple of good touches the forward had little if anything in the way of adequate supply to even threaten Tomasz Kuszczak’s goal. The one real chance which came from the hosts arrived in the 39th minute.

Michael Chopra fed Kenwyne Jones, who laid the ball back to Ross Wallace and the Scot fired at goal from the edge of the area only for Kuszczak to tip the ball over. Before that Dickson Etuhu and Jones had both fired wide of the target from distance. There was no such wayward finishing from the visitors who were ruthless in front of goal.

Sunderland could be relatively happy with how they had started encounter, but with 20 minutes gone they were found wanting for the first time. Wes Brown‘s long ball found Wayne Rooney, who was played onside by Danny Higginbotham, and the England striker powered forward before slamming the ball past Craig Gordon and into the net.

Worse was to come ten minutes later when Sunderland wasted a free-kick and United broke at pace. Rooney this time turned provider crossing in from the left for Louis Saha to side-foot home. The hosts looked down and out but for a couple of shots in anger which never tested Kuszczak. And they were left with a mountain to climb on the stroke of half-time.

Dickson Etuhu was punished for a foul about 20 yards out from the Sunderland goal and up stepped Cristiano Ronaldo to fire in a stunning free-kick which left Gordon rooted to the spot. Sunderland kept on fighting after the restart and were cheered on by a vocal home crowd which gave more backing than their first-half display had deserved. But their effort was for nothing as United, who now treating the game as little more than a training game, hammered a final nail in the Black Cats’ coffin.

Danny Collins brought down Nani in the area as he chased a long ball and referee Uriah Rennie had now hesitation in pointing to the spot. Rooney passed on the penalty taking duties to Saha and stepped up fire low into the bottom right corner as Gordon dived the wrong. Sunderland will be pleased that they have seen the back of the Red Devils for this season, but they need to improve if they are to have any hope of facing them next term in the top-flight.