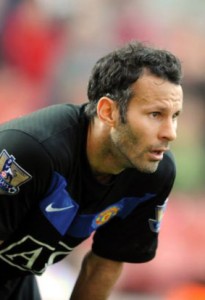 Even the most ardent Manchester United fan would have to admit their team is somewhat out of sorts. It’s not exactly been the start to the season we had hoped for. Four consecutive away draws is not the stuff, as they say, of champions.

But we’re still in the mix. I wrote an article on this site last week agreeing with Sir Alex’s assertion that it was – is – the games against Chelsea that will make or break our season. But that only goes so far. I was writing under the assumption that, while we certainly won’t win every other fixture, we’ll make up enough points to just about match Chelsea. That was true last year and it usually is.

But here we are after yet another draw away from home, five points behind the champions. Even when Chelsea showed some weakness against Man City we couldn’t find the necessary guile, energy or determination to close the already worrying gap.

Which isn’t to say United have been bad this season. We haven’t. Dimitar Berbatov has finally shown his worth, Paul Scholes and Ryan Giggs have been effervescent and probing. The football has, at times, been excellent. It’s worth noting we are still unbeaten after seven games.

What we don’t have, though, is the legs for it. In recent seasons United have taking a bit of stick for benefiting from generous injury time, but whether or not you think that’s unfair, the fact is we frequently snatched victory from the jaws of defeat (or d-draw).

This season though, Giggs and Scholes can’t last 90 minutes, and it’s unlikely Rio Ferdinand will ever fully recover from his injuries, considering his age. United fans have not been looking forward to the retirement of these players, but more because they have been terrific servants for the club rather than because they are still key players. The vast majority of United fans would not have expected to see all three of this trio still pulling on a shirt in 2010.

On the BBC World Service’s World Football programme last week, Giggs expressed surprise at the fact he was still a crucial member of the side. “I’ve looked after myself,” he said, “but at 28, 29, 30, you’re not thinking that you’ll still be playing for United at 36.” You and me both, Ryan, you and me both. The fact Giggs is still playing such an important role for the club is more to do with the lack of replacements than his own fitness for the role.

There are tens of supremely talented young players at Old Trafford, but, in a sense, that is no good. Producing talented kids is important, but having a fully functional first team squad is what it’s all about. The ‘young player’ qualification is quickly eroded, and – undoubtedly to the detriment of players’ mentalities and perhaps abilities – footballers are expected to mature more quickly than ever.

Man United will always be one of England’s biggest teams. But on current evidence, the next generation of players are not going to come from within. Alex Ferguson knows better than anyone that needs must.