Club legend Pat Crerand is urging the Manchester United faithful to get behind troubled striker Wayne Rooney when he takes the field at Old Trafford on Saturday as it will give him the lift he needs to rediscover the form which has deserted him. “Saturday is the perfect time for Wayne to get back amongst the goals and I’d urge all United fans to get behind him even more so than usual” Crerand said “It’s easy for players to lose their confidence but he’ll feel 100 per cent better if he walks out at Old Trafford and hears his name being sung by the fans.”

Crerand went on to say that “Wayne’s not having a good time at the moment so the match against West Brom will be very important for him. He took a lot of stick after the England game but England drawing 0-0 with Montenegro was not all down to Rooney. Okay, he didn’t play well but nobody else did either. He’ll be at Old Trafford and the fans will be right behind him. He needs a lift and we all hope he gets that.” 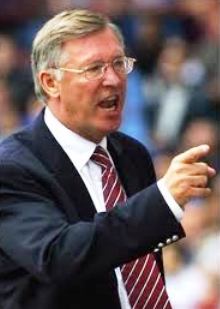 The star striker is going through a horrific period with reports now speculating that Sir Alex Ferguson is fuming with him for publicly saying that he did NOT have an ankle injury at all. He’s basically contradicting his manager suggesting that a minor knock picked up at Bolton was simply an excuse to keep him out of two vital games.

Rooney badly needs to get back to his old self – and fast. Events can often take a life of their own when the pressure becomes so great that it can become overwhelming. Rooney has had plenty of drama to contend with, admittedly much of it of his own making, and it now seems that he may be starting to lose control.

Ferguson has shown over the years that he will not compromise when his authority is undermined as David Beckham, Jaap Stam, Ruud Van Nistelrooy and Roy Keane found out after falling foul of him. Frequent reports of strong interest from Real Madrid have been around for months and with the media’s constant hounding of his every step there is a real danger that Rooney may be hounded out of the country into the waiting arms of Jose Mourinho at the Bernabeau. And that is a scenario that is not as far fetched as it might appear.

Is there a chance that Rooney could be hounded out of the country?