One of the saddest things in football is that visual footage of some of the world’s greatest footballers is not available unless they were playing after the seventies. One such player is Manchester United legend Denis Law who younger fans would have undoubtedly read about but actually saw very little of.  Law has never hesitated to give his outspoken views about the modern game so his take on this week’s Wayne Rooney events published in The Telegraph makes for highly interesting reading. Law admits that he was caught up in a similar dispute with the club back in the sixties.

Rooney saga stirs memories of my dispute with Busby – After all the headlines, the statements and the debates about Wayne Rooney’s future, he decided he wanted to stay at Manchester United after all and signed a new five-year contract. I couldn’t help smile as I thought back to the time when I also said I would leave the club if they refused my pay demand.

I have no idea about the details of Rooney’s contract or the kind of sums involved, but I suspect there was a slight difference in what we were looking for. Back in 1966, I asked Matt Busby for a rise of £10 a week! 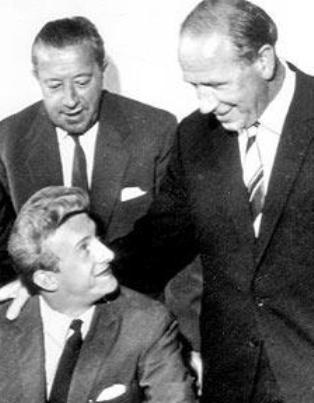 His response was to bring it all out in the open. He announced that he wouldn’t be held to ransom and had put me on the transfer list. I don’t know about Wayne, but I never really wanted to leave United. I was just trying it on. And in fact there was never any animosity. Matt sorted it with me very cleverly.

He gave me a prepared statement of apology to sign and he presented it to the press. He had proved again what a strong manager he was and I was back on board. What Matt didn’t reveal was that he had secretly given me the tenner. That was his way of handling things.

I found it strange that Wayne questioned United’s ambition when you consider their history and success over many years. They are one of a handful of clubs that players dream of playing for. But of course United have another strong Scottish manager in Sir Alex Ferguson and the fans will be happy he has resolved this issue with Rooney.

No manager wants to lose his best players and with Cristiano Ronaldo and Carlos Tevez gone he obviously felt it was crucial to keep Wayne, who turns 25 on Sunday, for the peak years of his career. Sir Alex will no doubt be relieved and satisfied and United fans can continue to put their trust in him. He’ll probably go on until he’s 100! There’s certainly been no better manager over the last 15 or 20 years. 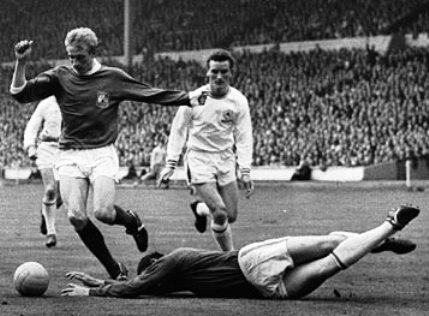 The one aspect in all of this that I don’t like is that, yet again, all the talk seems to be about money, what a player can earn, what he can be sold for. I know I might sound like a grumpy old man, but I’m sure football rather than finances dominated in my playing days. Sure, I had my little matter with Matt, but it was over a tenner, dealt with and then forgotten.

The fact is that the Bosman ruling some years ago changed the game so much. Players became more powerful and able to move around more freely. Ronaldo, for example, was a terrific player for United but wanted to go to Real Madrid and in the end they couldn’t stop him from leaving.

Yes, every player wants to do the best for himself and his family and I understand that. But nowadays it seems to be much more of a business. What happened to the real love of football? Why don’t we read more about players’ ability and wonderful skills?

Let’s hope that now this chapter has closed we’ll hear more about Wayne Rooney the footballer and Manchester United the great club.

Denis Law’s memories only goes to show that some things never change in football – only the amounts involved have.

Have any of our readers been lucky enough to see Law in action?