19 year old Manchester United striker Federico Macheda will make his Serie A debut for his new club Sampdoria in their away clash with Palermo on Thursday afternoon providing all documents for his loan move are completed on time. He also revealed that he told Sir Alex Ferguson upon his departure that he fully expects to return to Old Trafford at the end of the season. Sampdoria were forced into hastily arranging the loan move for Macheda in order to replace Italian international Antonio Cassano who let for AC Milan after falling out with club president Riccardo Garrone.

Director of sport Doriano Tosi explained to Sky Sport Italia how the move for Kiko came about. “We had looked at a few interesting young players and really liked Federico, but at the time did not know Manchester were willing to release him” he said “we opened up a valuable rapport with their directors and hope to make everything official this evening. A lot depends on the documents. Federico has found the perfect environment in which to grow.” 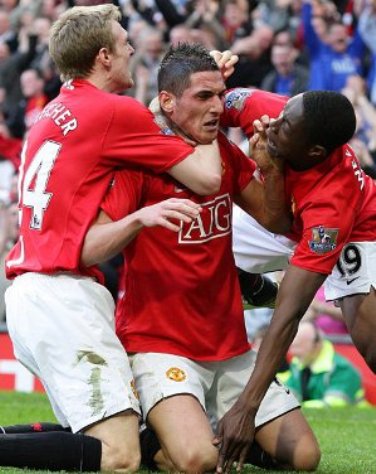 Ferguson is understood to have preferred for the Italy Under 21 international to remain in the Premier League where he expects Kiko’s future lies but in the end bowed to the youngsters wishes. “Ferguson told me to come back to Manchester a stronger player. For now I am focusing on becoming a mature player and improving day after day” Macheda said upon his arrival in Genoa “I am here to do well. It’s what I wanted strongly since I spoke to Ferguson in order to play more regularly and I’m happy with this decision” he said.

“The national team is important to me but I am only 19 so my sole objective in these six months is to do well with Sampdoria” he insisted when asked about his international ambitions “As for comparisons with Antonio Cassano, that is too big a name to put alongside mine. I just hope to do well and give the Blucerchiati fans something to celebrate.”

“Will I return to Old Trafford at the end of this loan spell? I think so.” Good luck on your new adventure Kiko and remember, once a Red always a Red.

Do you expect Macheda’s long term career to be in the Premier League?