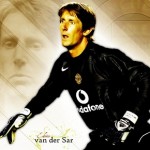 The story has been around for months but it simply refuses to go away. Liverpool goalkeeper Pepe Reina has shocked The Kop by refusing to rule out a move to bitter rivals Manchester United who are considering their goalkeeping options as they seek a replacement for Edwin van der Sar when he hangs up his gloves at the end of the season. “I won’t lie” the keeper told a Spanish radio station this week “of course one likes to fight for titles and be in a team that does that. We always fought to be in the Champions League and try to win the title. But unfortunately it hasn’t been the case in the last couple of years.  I can’t do anything,I can’t say anything logically as I have a contract with Liverpool” 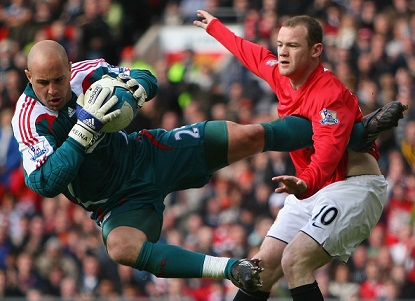 Reina has been mooted as a possible transfer target after establishing himself as one of the best keepers in Europe during his time at Liverpool. The 28 year old has admitted he could be tempted to make the move to Old Trafford as he wants to be challenging for trophies on a consistent basis. Speculation has been rife that  United will try to snatch the stopper by paying his £20m get out clause. The poo will hit the fan when and if

1)  Manchester United secure their spot in next seasons Champions League, which is highly likely and

It will then become a matter of “All bets being off”. The stunning move may, just may be on the cards. Don’t underestimate the fact that with the Fernando Torres transfer to Chelsea, the ice may have been broken and a Liverpool to United transfer may no longer be the taboo which had been for half a century. The barriers may be starting to come down!

Rest assured that until such time as United secure another established, long time replacement for van der Sar, the Reina possibility will continue to be speculated about.

Can the Torres transfer assist in a Liverpool player moving to Old Trafford?