The immediate thought to reports that the Glazer family has lost millions from Manchester United was – Good, I hope they go broke and be forced to sell. That may admittedly be a knee jerk reaction which will have be reconsidered in time. BBC Sport has reported that “Manchester United’s parent company made a loss of £108.9m in 2009-10 according to newly released financial results. Red Football Joint Venture is the Glazer family parent company that owns the Old Trafford club. Its loss, for the year to July 2010, includes one off costs from setting up a £526m bond scheme last January to replace outstanding debts of £509m.”

Now I’m no bean counter by any stretch of the imagination, high finance chess games have never held any interest so I may be totally mistaken in my assessment. Will these losses force a sale or will the Glazers simply tighten the belt even further? If they take the latter path, available funds to reinforce the squad in summer will be even more limited than they have already been in the last few years. 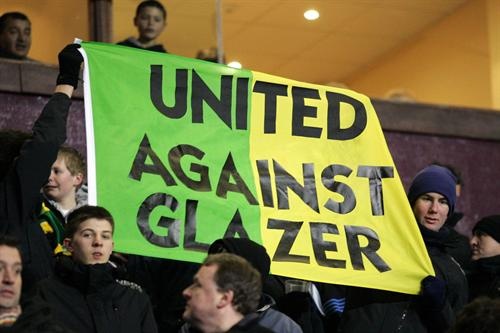 There was even a recent unconfirmed report that orders have come down to reduce player salaries and introduce incentive based contracts which will do nothing to attract new signings. One of my fears is that any new spending restrictions will force Sir Alex to admit what he REALLY thinks about the Glazers, come up with some reason like health problems and walk away in disgust. It’s a scenario that nobody wants to see but it may well happen especially if Ferguson finishes this season on a high by achieving all his goals.

What is best for the club apart from the Glazers getting the hell out?