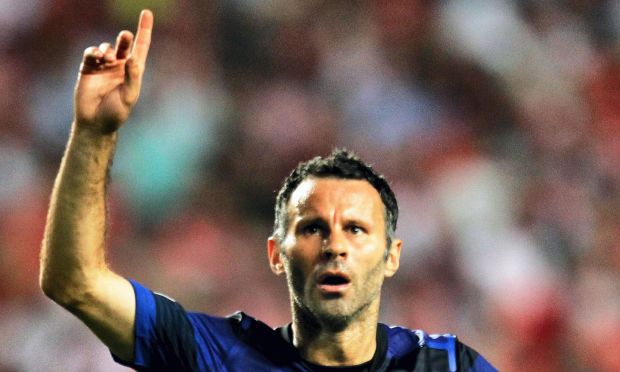 Estadio da Luz, the scene of United’s first European assignment of 2011-12. Will it culminate with another appearance in the final in Munich? Time will tell and only God knows.  What we do know is that Benfica’s home provided us, Manchester United fans, with one of our worst European experiences in recent years. Their 2-1 win in the 2005-06 season eliminated United completely from European competition. Perhaps that worked as a wake-up call and a springboard for subsequent achievement in 2007-08 and appearances in the finals of 2008-09 and 2010-11. Personally, I remember very vividly watching the game from a hospital bed in 2005; watching Scholes give us the lead, only to be pegged back and deservedly losing in the end. Like a nightmare, that match has a permanent place in my mind whenever Benfica and Estadio da Luz are mentioned.

Benfica against Manchester United has an old school feel to it; with the various meetings between both the sides in the old European Cup and for the fans and people of Manchester United persuasion, the European Cup final of 1968 at Wembley and United’s first ever European Cup triumph. Benfica might not be at the pinnacle of the European game now as they were in the 1960s but they have the history, prestige and status of a big club that have won a lot in Portugal and Europe over the years although their last triumph in Europe came in the 1961-62 season and their last appearance in the final came in the 1989-90 season. There’s also the passionate fans packed into the 65,647 seater stadium, cheering on their side and creating quite a daunting pre-match atmosphere to take into consideration.  Therefore it was by no means an easy tie at all.

United have had a very good start to the season. They have returned to their swashbuckling, dynamic style of attacking football, scoring lots of goals in the process and the young players coming into the first team either graduating through the ranks or bought during pre-season and over past seasons have impressed. United’s start has excited many United fans with promise of a great season ahead and caught the attention of many neutrals. United as a side were going into the game brimming with confidence having scored 18 goals, conceding only 3 and with 4 wins out of 4 matches played so far in the Barclays Premier League. Their opponents Benfica, on the other hand, had won 3 games and drawn once, scoring 9 goals and conceding 4 in the process.

I had thought that the young ones collectively known as Fergie’s Fledglings 2.0 would be exposed and challenged at such a fiery and daunting atmosphere of a European away ground. However, the starting line-up dampened my expectations of a test for Fergie’s Fledglings 2.0. United, reverted to a 4-5-1 that is typical of United on their recent away European trips in recent seasons. Pre-match, there were suggestions from Sir Alex that the more experienced players would be brought in for this game and the full utilisation of the squad in view of a tough upcoming league fixture against Chelsea on Sunday and a Carling Cup tie against old enemies, Leeds next Tuesday. However, I didn’t expect wholesale changes with everyone in the starting line-up barring Lindegaard in goal with prior European experience. From the starting line-up against Bolton, De Gea, Phil Jones, Nani, Anderson were on the bench and Ashley Young was rested while Ferdinand was watching the game from home and Tweeting his thoughts and encouraging the team from afar. In came Lindegaard, Giggs and Park for their first starts of the season while Fletcher and Valencia made their first appearance of the season. Fabio started his second game of the season with Rooney and Carrick were the only survivors from the trashing of Bolton last Saturday.

United kept lots of possession during the game and ended the game with 62% of the possession but didn’t create many or any clear-cut goal-scoring chances that I can remember of or tested the Benfica goalkeeper, Arthur a great deal. Benfica had Luisao in particular as a rock in defence and the cousin of ex-Liverpudlian, Luis Garcia, Javi Garcia as a screen in front of the defence, tigerish in his tackles. Benfica made good use of the ball whenever they had it and were looking to hit United after a nervy start and exerting more pressure on United as they noticed United’s shakiness. United’s midfield five’s rustiness showed as passes were misplaced and the Benfica midfield were sharper in their tackle dispossessing their United counterparts and launching their own attacks. Benfica’s pressure finally told when their Paraguayan targetman, Oscar Cardozo took a superb long range pass by Gaitan on his chest and drilled a well-placed shot past Lindegaard. Evans was perhaps culpable for allowing Cardozo a little too much space to take the pass and turn him to score.

With the crowd now boisterous and on their feet, Benfica looked to press on their advantage and add to the lead but slowly United tried to get a foothold on the game and got a goal out of the blue and somewhat against the run of the play as Ryan Giggs picked up possession and drove into space before letting rip from long range to equalise with a beauty. The Benfica defence culpable this time for giving United’s senior citizen a bit too much room to run into. He has now scored in more Champions League seasons than any other, 16 and his 29th European goal for Manchester United means he is one behind current record-holder, Ruud van Nistelrooy. That goal worked as a shot in the arm for United as they started playing better with more incisiveness taking the ascendancy of the last 5 minutes of the first half into the first 30 minutes of the second half. United continued keeping possession but had Benfica on the back foot as they attacked with more purpose with Rooney and Giggs narrowly failing to get on the end of crosses from Valencia and Park.

However, Benfica got back into the game in the last 15 minutes and missed narrowly from taking the lead through substitute Nolito with Lindegaard being called into action to produce a stupendous save to keep United in the game as Benfica hit on the counter-attack. Left back Emerson then had a shot that flashed past the post before Lindegaard pulled off another good save to stop an attempt by the Argentine, Nicolas Gaitan. United’s superior experience allowed United to hang on for a good away draw as they began their European campaign with a decent away performance with a decent draw.

From United’s perspective, this game allowed much needed game time for the likes of Giggs, Park, Valencia, Fletcher and Fabio who have all seen little action in the light of the brilliant performances of players like Young, Jones, Cleverly, Anderson and Nani in recent weeks. Carrick was wasteful in possession and one of the biggest culprits of giving the ball but he is known to be a slow starter to a season and we can only expect him to get better as the season goes. Anders Lindegaard was arguably United’s best player for me on the night and goes to show the amount of quality we have in the squad with at least two players in the same position of equally good quality. He carried on his pre-season performance on the tour of North America into his first start of the season after 5 competitive matches were played (taking into account the Community Shield) which is a difficult thing to do after seeing no action at all in the current campaign piror to the Benfica game. Now let’s hope we go back to our swashbuckling and winning ways against Chelsea on Sunday.