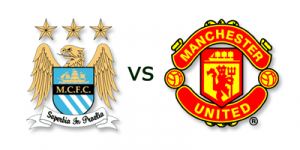 City vs United 30th April 2012I was on TV this week which in itself is a monumental moment for an ordinary man. I was asked which was the my most memorable moment from the Manchester derby and my reply was the come-from-behind win in 1993 in the old Maine Road when United responded from going 2-0 down to beat City 3-2 on their old turf. That was the first most memorable derby for me as a Manchester United fan and first impressions last a lifetime. Since that match in 1993, a lot has changed between both sides and there have been other memorable derby ties as well as matches that have sickened us as United fans with results and performances going against us. The most recent and the one that has the biggest negative impact on us as a club would have to be the 6-1 trouncing at Old Trafford this season. Older generations would remember a time when Red Devils legend, Denis Law back-heeled a winner to send United into the Second Division as well as a tie in 1989 when United were hammered 5-1 by City in Maine Road.

A lot has changed since my memory of the Eric Cantona inspired comeback win in 1993. Manchester City, after a very long time, are a genuine title contender backed by the millions of their rich Arab owners. It goes without saying that the derby on Monday, on the eve of Labour Day, would be the biggest derby in recent times with so much riding on it. The timing of the derby; third last game of the season, adds more spice, excitement and attention to it. There will be plenty of nerves as the days then the hours, minutes and seconds tick on and we get closer to the match but the team that would emerge on top would be the one that holds its nerves the best. I would have loved the match to be a Saturday lunchtime kickoff; the earlier the better but we have to wait till Monday night instead. The wait in itself is excruciating. From a United perspective, we have made things tough because we could have come into this derby looking just for a draw to wrap up our 20th league title or until a week ago, a win to seal a title triumph sweetly on the patch of our nearest competitors this season and neighbours, Manchester City. A draw or a win would do us good and it would take us closer to the title but the title can’t be won on Monday itself.

In recent times, United have characteristically made things difficult for ourselves and brought some fun element back into the title race for neutrals; many of whom I suppose would want to see the blue half emerging triumphant at the end, having been bored to bits with United’s dominance from the 90s. As a neutral, I can understand it but as a United fan, I would want it to go on for longer. Leading up to the derby, we had a strange game against Everton where after a first half in which the away side shaded it, United put in a stupendous attacking display to deservedly take the lead comfortably at 3-1 and then 4-2 only to relinquish it and allow Everton to peg us back at 4-4 reminiscent of Everton’s 3-3 draw at Goodison Park at the early stages of last season. We won the title last season so let’s hope the draw last week would be a good omen for us this season.

What went wrong last week was that we didn’t defend as well as we have been doing in recent weeks. Rafael Da Silva’s defending in that match might just cost him a place in the starting line-up against City. The worry is that his probable replacement Phil Jones has gone off the boil and looks a very pale shadow of his former self. Chris Smalling, another probable replacement, looks to have forgotten how to play football after the sickening head clash with Klaas Jan Huntelaar while on international duty with England but I would still prefer to start with the latter as he brings greater solidity and calm into the defence in such a big and crucial match. Another reason could be pointed out to the fact that United players grew too casual while on the ascendancy and looking seemingly in total control. Many times this season I have pointed out in my articles that this has been United’s Achilles Heel this season; being too casual when they are too comfortable in a match. The fact that we are now three games away from the season’s end and still talking about the same issue, it means that this issue has not been rectified yet and I hope we don’t need a drastic lesson to finally get this issue solved for good. On the flipside, I would rather United suffer these lessons before the City game rather than suffer it in the City game itself. I am assured that Sir Alex and the players have got the wake-up call they needed and would ensure that such incidences don’t occur on Monday.

However, I have a concern. Seeing that United could do with two results; a draw or a win and City only needs to win, United don’t exactly have a do-or-die mission whereas City have to win at all costs. City have shown in recent times that they can’t cope with the weight of expectations but on their home turf that is what they would feel from their fans. That could go in our favour but with City expected to come flying at us from the start and United presumably sitting back to soak and strike, it could go against us if things get too comfortable and we start thinking that we could do with a draw. The urgency from having to chase a win would be missing and the momentum would be with the home side and United have shown many times that they don’t do well when they are too comfortable in matches. United tend to do better when they are on the edge. Being a United fan for a very long time, I know United don’t play to draw but lately in the past 2 seasons, United have looked very un-United like with its defensive, counter-attacking, almost Italian style of play. It doesn’t suit United to play as such in England but I suspect logically, United would have to play this crunch match like as if it’s a European game.

It would be imperative to keep the ball as much as possible to silence the crowd but imagining a fast and furious start from City, United have to match up to them for intensity and speed of play because the ball cannot be just kept casually in our own half passing it among defenders without heading forward. The game could start cagey too with City preferring to sit back and defend, looking for opportunities to hit United on a lightning counter-attack. However, a cagey start and half would suit United just fine because by the time City decide to come out and play, it might be too late. As City might decide to throw caution to the wind in the second half or later in the second half, it would be United’s turn to hit them on a quick counter and score leaving City with too much to do with little time left. All in all, it looks like a fascinating tie would unfold at the Etihad Stadium on Monday.

The league’s best home record coming up against the league’s best away record. If there’s any performance United would want to mimic, it would have to be the 2-1 win over Arsenal at the Emirates. The first half especially was a dominant display by the Red Devils. As a fan, we would certainly want revenge for the trouncing we took at home but the chances of that happening on Monday are slim. United have faced City three times this season and United have won 2 while City have won 1. A defeat on Monday to equalize this overall record would be the most crushing and consequential of blows to the reds of Manchester. Come on United! Win it and with some style it would go some way to ease the pain of October.