Roberto Martinez’s post match quote after Wigan’s 4 – 0 defeat at Old Trafford on Saturday. “He (Welbeck) dived for the penalty; you’ll see it on the replay. The penalty was as bad a decision as you’re going to see. It is a shocking decision, in many ways you find yourself fighting against a mountain. I have come to United three times now, we’ve had three players sent off, and we just never seem to be measured in the same manner” 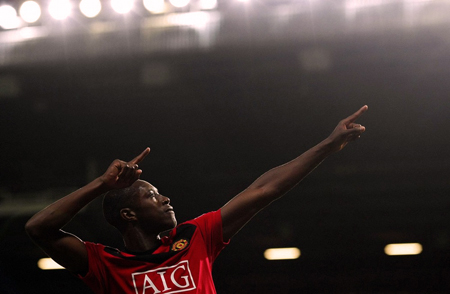 Roberto Martinez’s post match quote after Wigan’s 4 – 0 defeat at Old Trafford on Saturday. “He (Welbeck) dived for the penalty; you’ll see it on the replay. The penalty was as bad a decision as you’re going to see. It is a shocking decision, in many ways you find yourself fighting against a mountain. I have come to United three times now, we’ve had three players sent off, and we just never seem to be measured in the same manner”

Are these sour grapes, bad loser syndrome on behalf of Wigan’s Spanish coach Roberto Martinez? Did Danny Welbeck dive or was contact made by Ali Al Habsi as he rushed out of his goal line to pressure Welbeck into making an error. Does Danny Welbeck have a history of diving to gain an unfair advantage? There is one simple answer for the previous question: No!!

Many others within the beautiful game do have repeated history of gaining an unfair advantage in conning the match officials. Alberto Gilardino, Steven Gerrard, Cristiana Ronaldo, Arjen Robben, Didier Drogba and Luis Suarez as we saw on Sunday at the Stadium of Light, when he was Yellow carded for feigning a trip.

You will agree the 6 names previously mentioned that fall into the diving category with ease are serial offenders. All similar to Danny Welbeck, high profile football players that the media endeavor to categorize in convenient boxes that suits their agenda. Danny Welbeck has no previous in this diving trend, even King Canute would not be able to halt this tide.

Yet Danny is pilloried in some quarters as a cheater! Is this not just simply a high profile player being used to ratchet up division with supporters? Can you honestly confirm there were not at a minimum 20 of these incidents in the 4 top tier English Football Leagues alone over the weekend? Yet a Manchester United player is highlighted, again!

Three of the most notorious divers a brief resume:

Cristiano Ronaldo: Winker, maybe! but Portugal’s answer to Tom Daley is no Olympic Bronze medalist, the Real Madrid hitman is 100% Gold in the art of the plunge to the depths of the football pitch at the slightest brush or body contact. Fantastic football player but prone to a Primo uomo thespian performance. The argument in all cases including the defense of Ronaldo is it not self preservation to insure against the hammer thrower brutally tackling the wonderful players that we are mesmerized with.

Didier Drogba: The ex Chelsea “legend”, power house, weighing in with a mighty frame, 6 feet 2 inches tall a muscular build supporting 14 stone of weight. Often, no regularly fell to the deck appearing pole axed, clutching an assortment of body parts as if the last rites was due to be delivered. To miraculously re-energize get the – F – up and charge around the football park often a mere 30 seconds later, normal mode resumed that the top athlete the Ivorian is.

Steven Gerrard: So not to attribute the skill in diving solely to the influx of foreign football players, we have the home grown Liverpool heartbeat as one key artiste in the cunning art. The high profile Champions League final of 2005 does this ring any alarm bells in the memory bank. Nor the grace in deliberately tripping over one’s own feet is a critical component of the Three Lions, Mersey-side midfield’s pulse.

Is it an unreasonable assumption with imported players they bring to the Premiership improved technique skill sets that home – grown British players generally do not possess? However with this is it not the case in point they acknowledge the art of diving as gamesmanship. A skill to improve upon, as we have witnessed increasingly being adopted by both home grown and imported talent particularly in the last 10 years, Yes we have had isolated diver’s historically, Francis Lee of Manchester City fame in the 1970s, but few and far comparing to today’s trend.

Danny Welbeck is simply learning his trade as a professional football player, adding another weapon to his undoubted skills, maybe. In letting it is known you tackle me unfairly in the box I do have the ability to be convincing and go down. We must also be aware of the speed at which the game is played today, the delicate balance of top professional football players operate under. To be capable of gliding past an opponent, the top football players surely prepare for a tackle coming into ride. Ali Al Habsi was guilty of a rash challenge that 95% of modern day footballers would react in exactly the same way as young Danny Welbeck.

Danny Welbeck is not Lionel Messi who is one of the few players in World Football who will try to stay on his feet at all costs, rather than go down. Not everything is black and white in the beautiful game, there are grey areas which give us “fans” the opportunity to debate, the contentious issues.

Please watch the Danny Welbeck video and GIF of the incident and share your view did Welbeck dive?