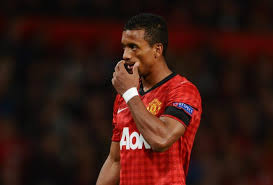 There are increasing reports indicating Nani’s days at Old Trafford are numbered. Rumors suggest United’s staff have lost patience with the Portuguese winger. With Nani set to exit, it would leave United with only two wingers in Ashley Young and Antonio Valencia. Sir Alex’s intentions to sign Hazard and Lucas over the summer show he’s not just looking for any winger, but a dynamic one who can provide more consistent and reliable performances than Nani has recently.

Below are the list of players who United have previously been linked with. Who do you think Manchester United should try and pursue in the upcoming transfer windows?

Erik Lamela (Roma) – Talented youngster at Roma whose dribbling skills are likened to Real Madrid’s Ronaldo. Blessed with pace, ability to easily skip by his opponent, consistent goal threat. 8 goals in 12 matches in Serie A.

James Rodriquez (Porto) – Heavily linked with a move to Old Trafford during the summer transfer window. The diminutive Porto attacker continues to impress on the left wing with 7 goals in 16 matches in all competitions.

Nicolás Gaitán (Benfica) – Strong rumors United were set to sign the Argentine last winter but fell through due to the asking price. With an eye for a pass combined with trickery and devastating left foot, Gaitán has shown why United were so strongly interested in acquiring his services. However, he has yet to score or assist this season for Benfica in 8 matches.

Henrikh Mkhitaryan (Shaktar Donetsk) – One of Armenian’s brightest talents who is in fine goalscoring form for his club. United have been monitoring the player ever since he burst onto the scene at Shaktar. He has scored 21 goals in 29 matches with 8 assists to his name. Known for his versatility, if Sir Alex ever chooses to buy the player, he could go on to fulfill what United had hoped to accomplish with signing Eden Hazard.

Isco (Malaga) – Was one of the names who appeared later this past summer in United’s wish list. Known for his quick feet, dribbling skills, vision, the Spaniard can comfortably play on either wing and in attacking midfield. The 20 year old has 6 goals and 8 assists to his name in 22 matches. Don’t let the stats deceive you, the Spanish youngster is remarked to be a star if he fulfills his potential. Likened to Cazorla after the Spanish veteran left to Arsenal this past summer.