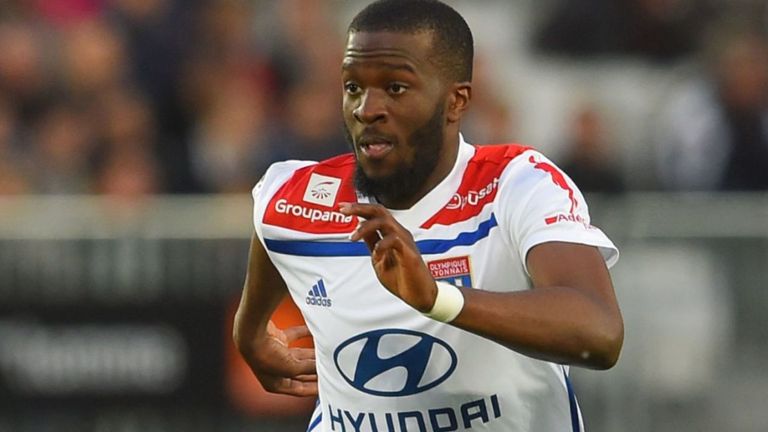 Manchester United have reportedly agreed terms in principle for one of Europe’s brightest stars, Lyon midfielder Tanguy Ndombele. Along with Juventus, Liverpool and Tottenham, the Red Devils have proposed a €60m offer to sign Ndombele. However Lyon President Aulas is demanding a fee in the range of €90m.
Ndombele is considered one of the brightest midfield talents in Europe and something that could be seen as a great addition to the team.

Whilst Paul Pogba is constantly being reported as leaving the club it is important that Ole Gunnar Solskjaer makes a statement of intent by making a big signing soon. Whilst Tanguay is more defensive than attacking, the player appeared more than 50 times for Lyon. Will Manchester United and Ed Woodward go as high as £75.00000 for a player that is not proven in the Premier League.

Whilst Manchester United have not been afraid to spend money in recent years, whether they have been the correct ones is doubted. Lukaku, Pogba, Fred, Sanchez have all cost way more than value they have given so far.

What do you think, shall we get a different type of player for the club or is defensive midfield an area in need of more high class talent. With Ander Herrera leaving this summer for PSG it is imperative we replace the Spanish national with a player of equal or higher ability.

As soon as we find a highlights video of Ndombele we will be sure to upload it.