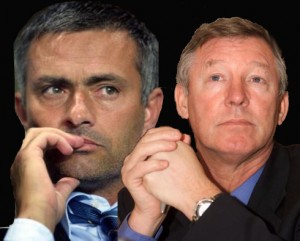 Manchester United are having difficulty in choosing the defending line against Inter today following injury crisis of many players after last week premier league games.

Vidic is suspended after being sent off in the final of the Club World Cup back in December, while Gary Neville, Wes Brown and Rafael da Silva are still injured.

Sir Alex Ferguson also has concerns over John O’Shea (heel) and Jonny Evans (ankle), so Rio Ferdinand and Patrice Evra are the only fully fit, experienced defenders in the squad.

Evans did not train on Monday evening, and O’Shea took part in a light session, with the Republic of Ireland international the likelier of the two to be fit.

O’Shea could partner Ferdinand at centre-half, with either Rafael’s twin brother Fabio or Darren Fletcher pressed into action at right-back.

Dutch international’s Edwin van der Sar will definitely return in goal for United after Kuszczak was given the chance in Saturday’s 2-1 Premier League win over Blackburn Rovers.

If Fletcher is used as an emergency full-back, either Paul Scholes or Ryan Giggs are likely to partner Michael Carrick in midfield, with Cristiano Ronaldo and Park Ji-sung on the flanks.

Wayne Rooney has often been used out wide in away European games, but Ferguson insists his team will be sent out to win the tie, following claims by Mourinho that United would settle for a draw.