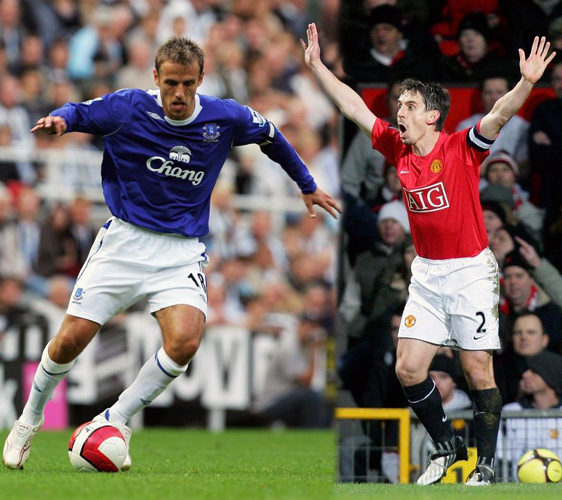 We can see Gary Neville and Phil Neville leading Manchester United and Everton in Fa Cup semi final at Wembley. it may be the first time to see two brothers captaining two different teams. While it is confirmed Phil will be skippered Everton, Sir Alex yet to decide who will captain the team tomorrow.

David Moyes said: “I don’t know if Gary will play or not, but I hope so. I’m not sure if it has ever been done before, to have two brothers lead the teams out, so I hope it will be another milestone for the family.”