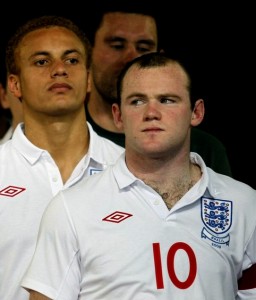 Here we are in March with less than two months remaining in the Premier League, the European Champions League is in the knockout stages, every club throughout most of the world is at the business end of the season and what did we have this week? A whole bunch of meaningless friendly matches that’s what!

Sir Alex Ferguson alone had up to half his squad crisscrossing Europe, risking totally unnecessary injuries before returning to Carrington on Thursday in order to prepare for a tough away fixture at Wolves on Saturday where points are absolutely crucial in the neck and neck battle for the title.

There’s normally very little sympathy for the frequent whingeing that comes out of Anfield by Rafa Benitez, he’s the master of it – FACT, but even he had every reason to complain in this situation.

Fernando Torres is a player who is vital for the club in its effort to grab a desperately needed spot in next seasons Champions League and had already picked up an injury playing for his country which laid him up for five weeks. Having only just made his comeback on Sunday and not yet fully fit, he then had to leave Liverpool to link up with Spain for a meaningless friendly match on Wednesday night. Is that fair?

Granted, we are talking about Liverpool here for whom there is little love lost by Old Trafford fans but it does go to illustrate a valid point. There’s no guarantee that the same scenario can not be repeated at any other club, including United, sometime in the future.

No one is going to complain when players are required for World, European or other such qualifying matches, all countries should have a right to call on them but really, friendly matches?

This is a season which will be finishing earlier than normal anyway because of the World Cup Finals yet here we are, cramming in excess of 30 exhibition matches into a midweek date which could have been much better used for Champions, Europa, postponed league matches or FA Cup replays later in the year.

Just ask yourselves, does any of it make any sense? If there’s any doubt, ask the club managers involved who must be chewing hard on their finger nails until their internationals reassembled on Thursday.

At this early stage all the lads appear to have come through unscathed. Let’s hope that there will be no major knocks discovered which will rule anyone out from the Molineux clash. Should that turn out to be the case there will be nobody else to be grateful for but lady luck.

Does it make sense to play friendly matches at this time? Give us your thoughts.