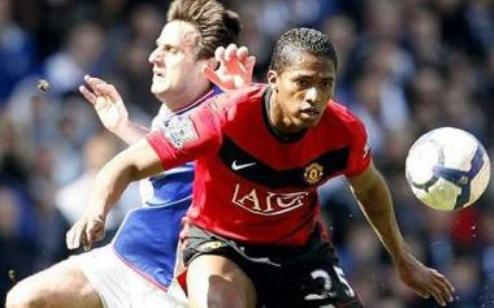 A lackluster performance by Manchester United leaves the champions with a mountain to climb in their attempt to retain the title after a dogged Blackburn Rovers refused to crack in their 0-0 draw at Ewood Park. The result cost United two valuable points which leaves Chelsea sitting on top of the table and gives Arsenal the chance to grab second position.

With star man Wayne Rooney missing through injury, United lacked the sparkle and guile required to break down an organised but unambitious Rovers side. Antonio Valencia missed a good opportunity late in the first half and Dimitar Berbatov a decent opening with 10 minutes remaining but otherwise the visitors were restricted to long range shots and half chances. United were dominant statistically – enjoying over 60 per cent possession, depriving Blackburn a corner until the 77th minute but their performance was anaemic and lacked genuine threat.

There was further misery – and concern for England fans – as Rio Ferdinand first suffered a gruesome looking broken or dislocated finger, then appeared to sustain a groin injury. Sir Alex Ferguson sprung some major surprise with his team selection as Patrice Evra was left out of the starting line up for the first time in the league this season.

Teenage striker Federico Macheda got the nod to play alongside Dimitar Berbatov in front of a very attacking midfield. Wingers Nani and Valencia flanked veterans Ryan Giggs and Paul Scholes in a quartet lacking any ball winning pedigree. How did they fare against a notoriously physical and hard working Blackburn engine room? Fairly well  as it turned out. United quickly asserted themselves by dominating possession with Giggs and Scholes displaying a sprightliness that belied their combined 71 years.

However, the problems were further forward where there was precious little end product, with Nani seeing plenty of the ball and wasting most of it. The frustrating Portuguese who scored twice against Bayern Munich on Wednesday, showed plenty of individual ability but had little to show for it as he misplaced his crosses and repeatedly shot wildly off target.

Berbatov and Macheda dovetailed relatively well but found space in the home box hard to come by. The Bulgarian wanted a penalty when challenged by Ryan Nelsen as he attempted to jink into a shooting position but might have been better advised to get his shot away instead of crumpling to the floor. Nelsen was a first-half substitute for skipper Christopher Samba, who went off injured after registering the home side’s only shot on target that forced Edwin van der Sar into a diving save away to his right.

Valencia should have broken the deadlock three minutes before the break when found by a perceptive Berbatov through ball. The Ecuadorean spun past his marker to go clean through but Paul Robinson stopped his shot with an outstretched leg. Rovers came into the game having won 16 points out of a possible 18 in their last six home games and showed exactly why they are so hard to break down even when playing some way below their best.

They defended in numbers and challenged United to produce the quality required to cut them open. One such moment came in the 80th minutes when Scholes played a superb diagonal ball to Gary Neville who headed down to Berbatov but his first time shot flew straight at Robinson. At the other end Steven N’Zonzi might have denied United even the one point but saw his goalbound shot superbly blocked by Neville.

United poured forward as time ran down but still failed to really test Robinson. Perhaps tellingly, Neville came closer than anyone as he hit a left foot half volley that bounced agonisingly wide.

Ferguson’s side are still only one point off the top but have played a game more than both Chelsea and Arsenal leaving United needing the leaders to slip up twice in their last five games to have any chance of winning a fourth consecutive championship.