It has become an all too familiar story “George Best memorabilia up for sale – A collection of medals and trophies awarded to foot ball genius George Best are going under the hammer” This follows the recent revelation that England World Cup winner Nobby Stiles has been forced to do likewise and 35 year old former Manchester United midfielder Keith Gillespie has been declared bankrupt. All very sad but the case of Best in particular can be described as tragic. 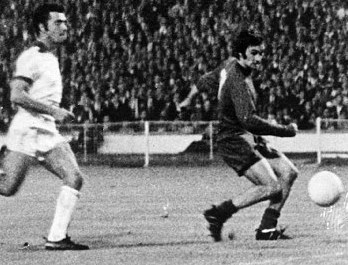 Despite the many self inflicted failings which finally destroyed his life, Best is arguably the most loved legend in the history of Manchester United and the much hated Glazer family can earn itself some much needed kudos by coming to the rescue of Best’s distraught family. Medals and trophies awarded to the Northern Ireland and United football legend have been put up for auction in England next month by the executors of his estate.

Best’s brother in law Norman McNarry who is married to the late footballer’s sister Barbara, said the items had to be sold for financial reasons. “Myself and Barbara are absolutely devastated that the executor is having to arrange for the sale of George’s trophies and memorabilia which hold so many memories for us and his many supporters across the world” Mr McNarry said “but I reluctantly have had to agree that there is no alternative due to the financial status of the estate. I regret that, for legal reasons, I can make no further comment at this time other than to say I am hopeful that the auction will be a fine success and bring closure to this matter.” 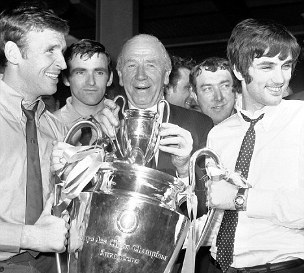 Best’s second wife Alex is owed an estimated £50,000, while London’s private Cromwell Hospital, where he underwent a liver transplant in 2002 and died in 2005, is understood to be owed £100,000. The Best family has been told by accountants that the debts must be discharged. A family friend revealed that “Everyone is upset that so much of George’s treasure is being sold to clear his debts, especially his son Calum, who wanted his dad’s European Cup winners medal won in 1968.” The medal was missing for many years but it has mysteriously turned up again five years after his death.

The Glazers have taken millions out of the club since taking it over five years ago. It’s surely not too much to ask for them to return a fraction of that money in order to purchase both Best’s and Stiles’ collections so that they can forever remain in the Manchester United football museum. The owners badly need to start getting some goodwill back from the United fans and what more deserving cause can there be for them to do just that?

Do you agree with the Glazers buying the Best and Stiles collections for Manchester United?