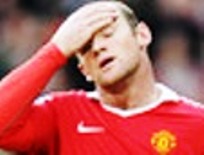 So the frenzy has begun! Claims, counter claims, statements, denials and it’s likely to continue all the way to January. For make no mistake, Wayne Rooney will no longer be at Old Trafford after that. The matter appears to have spiraled too far out of control for it to be resolved in any other way. Nobody knows the real story of what’s going on between Rooney and Sir Alex Ferguson because what we see in the media is unlikely to be accurate. What can be certain is that somewhere in the mix is the man who plays a major role in the whole saga – Rooney’s agent Paul Stretford.

One report, for whatever it’s worth, claims that Rooney told Ferguson he does not want his contract renewed, another states that an offer of £160,000 a week has been countered by a demand for £200,000 so it becomes clear that Stretford has got his fingerprints all over the negotiations which have dragged on for months. Maybe the truth lies somewhere in between but as far as I’m concerned, neither Rooney nor anyone else should even demand let alone be paid anywhere near that sort of money…NOBODY.

Don’t be at all surprised if it is that, rather than Rooney’s recent domestic revelations and loss of form which led to the current situation. Ferguson would have been at his legendary, negotiating best with Rooney and Stretford as recently as six months ago because of his determination to retain his most potent weapon. What Rooney’s off field scandals may have done is cause Ferguson to lose his will in trying to keep him and quite frankly, he should be applauded for it.

Manchester United has produced many ‘firsts’ over the years, it may now need to become the first major club to draw a line in the sand and say NO to one of the biggest names in English football. Forget about his current lean spell, Rooney is far too good for him not to rediscover the brilliant form we all know he has but that must not weaken the resolve of the club in trying to bring some sense in the mad world that football has become.

Figures have become so huge, and have been bandied around so often, that their true meaning has almost been lost. Stop and digest how much £200,000 PER WEEK really is, week after week, month after month for 10 or 15 years. Does anyone NEED that sort of money? If any player does, in order to maintain a drinking, gambling and womanizing lifestyle they should not be welcome at any truly professional club anyway.

A salary cap is not the answer simply because it cannot truly be enforced but if it was ever introduced, the absolute maximum a player – any player, should be paid by his club must not be more than £50,000 a week with personal sponsorship deals and so on earned over and above that.

If players like Rooney cannot resist the immense pressure from their greedy, unscrupulous agents, they can simply go elsewhere – and good riddance to both of them. It’s only a pity that Paul Stretford cannot be forced to change his name because it’s an insult to the thousands of passionate fans who have stood in that stand for decades.

Should Manchester United agree to pay Rooney £200,000 a week?

9 thoughts on “Sorry Roo, your agents' demands must not be met”