Turkish champions Bursaspor visit Old Trafford on Wednesday night without a single point – or even a goal, to their name after the opening two matches in the Champions League. So does that promise an easy three points for Manchester United? Not so fast. The newcomers were given a harsh lesson in European football with visiting Valencia giving them a 4-0 thumping in their first game but they appear to be fast learners as they only went down 1-0 to Glasgow Rangers in a hard fought 90 minutes two weeks later.

Does that indicate a sharp improvement by the Turks or does it illustrate a serious lack of attacking qualities when Rangers are forced to abandon the ultra defensive tactics which earned them a point at Old Trafford? 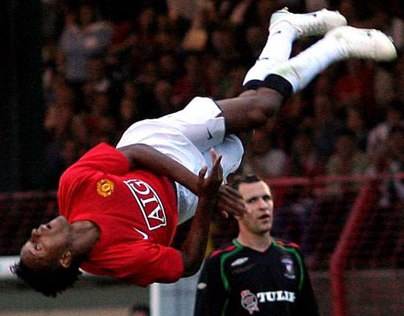 Bursaspor coach Ertugrul Saglam even claimed that his side deserved to leave Ibrox with a point “If you look at the game in general we deserved a draw. If you consider that they scored and kept a clean sheet then they deserved to win but overall I think we deserved a draw” he said “Manchester United won at Valencia, Rangers got a point at Old Trafford and won their first home game. So Rangers have proved they are capable of going through to the next round but the other teams have proved that they are just as strong.”

That warning should not be dismissed too lightly when you consider that United has shown more than once this season that they could be cruising to victory with a two goal lead one minute, then battling to salvage a draw by the end of the game as happened against West Brom on the weekend.

The big question will of course be whether Sir Alex Ferguson includes Wayne Rooney in his starting line up. United fans will be casting their minds back to 2004 when the troubled striker smashed a hat trick against another Turkish side in his debut for United during a 6-2 defeat of  Fenerbahce. It may be too much to ask for lightning to strike twice but Rooney may have an opportunity to finally kick start his season.

United should obviously get the three points they so badly need but any thoughts of  enjoying an evening of Turkish delight should be immediately dismissed.

Can Rooney turn his season around on Wednesday night?