Players you would like to see in your United squad

All the reports suggest Wayne Rooney is leaving United. But from November 5th you can be the new manager of Manchester United and force Rooney to sign a new contract as the Sports Interactive is going to release a totally new version of the greatest football management game ever created: Football Manager 2011.

All reports suggest Wayne Rooney is leaving United. But from November 5th you can be the new manager of Manchester United and force Rooney to sign a new contract as the Sports Interactive is going to release a totally new version of the greatest football management game ever created: Football Manager 2011.

Or you can sell him once you start the game and replace him with another prolific striker. You also can strength the squad and add more depth to it by signing Wesley Sneijder and Yoann Gourcuff! 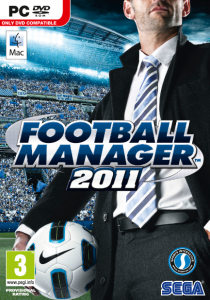 Contract Negotiations: This feature will be in Football Manager 2011 for the first time! It is a new live contract negotiation system, with a selection of new contract clauses. Learn to deal with different types of agents. (Rooney’s agent won’t be a headache!)

New training system: the new improved system will include more basic training schedules and individual training focus. FM2011 has a new match preparation area, a good feature to prepare your team for big games against big four in the EPL and UEFA Champions league games, you can get your team to concentrate on special focus areas, and train in specific tactics, in the lead up to a match.

Improved Interaction: this is a good addition to the games because the players miss understand me all the time! So the FM2011 will have a new player interaction module allowing you to have private conversations with your players, including lots of options never seen before, taking interaction to a whole new level.

Match View: In my view, the best match simulation on the market doesn’t need any change, but the new FM2011 match engine will have over 100 new animations including player models, stadiums, goal celebrations and much more.

Dynamic League Reputation: another fantastic feature which will let you spend more time with the game! You improve your club and make it the strongest; the league they play in will also get stronger, attracting more players to want to play in the league and a more accurate modelling of the changing face of world football.

Mirror Football readers will be able to access the game in advance on Thursday 21st October before everyone else. The official demo is launched on Friday, 22nd, but you can get it a day earlier from the Mirror Football website. And if you want to read all about the full additions to Football Manager 2011 game, read the exclusive Football Manager blog by Miles Jacobson that brings you daily updates on what’s new in the game.

This Football Manager post is a sponsored post and Truly Reds would share it with you. Also, If you enjoy playing fantasy football, you should give Mirror Football Goals a try – it’s a free Facebook application fantasy 5-a-side football game in association with Renault. It’s easy to pick your team, set up your own mini-league and invite your friends and colleagues. Start your team here.