Australians are renowned the world over for their wicked sense of humor and even though Liverpool legend Robbie Fowler has only been in the country for less than two years he seems to have developed a taste for it. Fowler claims that he has spoken to Wayne Rooney about the possibility of making a shock move to join him in the A-League and reckons the want away Manchester United star is “very, very interested” in the prospect of playing with him at Perth Glory.

Fowler claims that he spoke to the troubled Rooney during a recent two week holiday back home in Britain. In what is proving to be a PR bonanza for the Glory, who have made no such move to bring Rooney to the club, Fowler is using his star power to attract his attention. 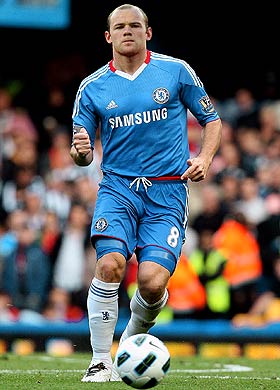 “It’s probably only just come out lately about Wayne Rooney wanting to leave but being in the football know, I found out a couple of weeks ago” Fowler said in the radio interview broadcast on Perth Glory’s official website.

“So I just had to go home and see whether he would be interested in coming to Perth and the signs were good. Really pleased with the chat we had and we’ll see where it takes us. He’s very, very interested. I told him what a lovely place it is. I told him everything about the city. So he’s umming and ahhing at the minute, but it’s looking good.”

Perth Glory deputy chairman Lui Giuliani cautiously welcomed the comments of Fowler “Well, if and it’s a big ‘if’ Wayne Rooney was out of contract and Robbie Fowler could pull some strings, we would love to have him at Perth Glory even as a guest” Giuliani said. “If I said four years ago that Fowler would be playing for Perth Glory I’m sure many people would have had a laugh.”

You can take Fowler’s comments as you will but personally, I think that there’s more chance of Sir Alex Ferguson signing this old, pot bellied Aussie to replace Rooney at Old Trafford than there is of ever seeing Roo in a Perth Glory shirt.

What are the odds of Rooney joining Fowler in Australia?