28 October – There are so many stories published about Manchester United that it’s  impossible to keep up with all of them. Truly Reds does it’s best to bring you the latest news but there’s only so much that can be covered. The only alternative is to collate the news which cannot be updated daily so that we can at least bring it to you every Thursday of every week. 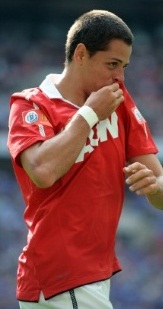 Smalling dreaming of a Wembley day out – Daily Mail

Unfortunate Owen out with injury AGAIN  – The Independent

O’Shea presented with a new £16.5million contract – The Sun

Beckham says Fergie was spot on with Rooney – Daily Star

Is once not enough? Roo and Coleen to wed again – Daily Star

Claims that Guardiola could take over from Fergie – Daily Mirror

Gill says United will always compete with City – The Guardian

Are Mourinho and Guardiola favourites to take over from Ferguson?