Despite the heavy 0-4 defeat suffered at West Ham in the Carling Cup last week, Manchester United manager Sir Alex Ferguson is likely to again leave a number of senior players out of his starting lineup for Tuesday night’s Champions League meeting with Valencia. Both clubs have already qualified for the knockout round although top spot in Group C is still up for grabs. United have 13 points from five games and will win the group if they avoid defeat against the Spaniards.

Another European clean sheet will also mean that United becomes the first club to go through the Champions League group stage without conceding a goal. Their tight defence in Europe has been in contrast to the erratic domestic record which has often been blamed on immature performances by some of the younger players. Six clubs currently hold the record for the fewest number of goals scored against them in the Champions League group stage. Ajax, Chelsea, Liverpool, AC Milan, Villarreal and twice by Juventus went through conceding just once. 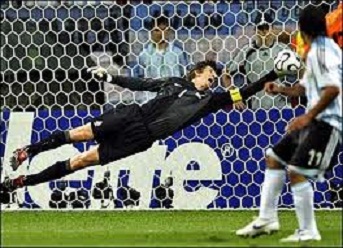 With United facing important Premier League matches against leaders Arsenal and champions Chelsea in the next fortnight, manager Alex Ferguson’s policy of giving his youngsters a run around in Europe looks set to continue.

“We have some fantastic young players at the back” said 31 year old Wes Brown “You could play a good back five with some of them in there. Ben Amos in goal, Rafael at right back, Jonny Evans and Chris Smalling in the centre and Fabio at left back.”

While the gamble to experiment has paid off in Europe, a youthful United side came crashing down to earth with that defeat at Upton Park ending a 29 match unbeaten run in all competitions. United got some extra rest this week as Saturday’s league game at Blackpool was postponed because of a frozen pitch while Valencia’s preparations have been less than ideal. They are still smarting from Saturday’s 2-0 defeat at Real Madrid when a harsh second yellow card for midfielder David Albelda left them with a man short for the last 25 minutes.

Up until then they had held Jose Mourinho’s side, causing them problems by crowding the midfield and breaking quickly. The extra space worked in Cristiano Ronaldo’s favour and the former Manchester United forward scored twice in the closing stages.

Valencia were boosted by the news that goalkeeper Cesar Sanchez had been included in the squad for the trip to Old Trafford. The first choice keeper has been sidelined since last month with a calf injury but trained with the team on Sunday. The Spaniards are fifth in La Liga and will travel to United with one of the most potent strike forces, having scored 14 times in their five Champions League matches.

Manchester United have recorded many firsts in their long history, one more clean sheet on Tuesday night will give them another.