It’s difficult not to be cynical in this day and age when every media outlet is trying to outdo its rivals with a sensational story. The Manchester United Evening News can usually be relied upon to present rational, believable news but even I find the revelation that Sir Alex Ferguson will be handed “his biggest ever transfer war chest, with more than £100m to spend in January and at the end of the season” difficult to swallow. Sorry, I simply cannot buy it. If, and it’s a mighty big IF, there’s any truth in it, the Glazers must be looking at rewarding Ferguson with an unexpected windfall for 25 years of service before he walks off into the sunset at the end of next season! Does anyone find the following even remotely believable?

The MEN report continues “The United manager has been modest in his transfer dealings since the departures of Cristiano Ronaldo and Carlos Tevez, with the £16m signing of Antonio Valencia his most expensive recruit. But with the American owners freeing up a massive transfer kitty, Ferguson has the funds to move for the star names supporters are desperate to see come to Old Trafford.”

Here is a look at 10 stars that might tempt Ferguson

Bastian Schweinsteiger
Age:  26
Position: Central midfield
Club: Bayern Munich
Cost: £20m
Chances of getting him (out of 5): 4.
He wants to come to the Premier League with United his favoured option. Bayern will play hardball but, with only 18 months to run on his contract, he holds all the cards.

Maicon
Age: 29
Position: Right back
Club: Inter  Milan
Cost: £30m
Chances of getting him: 2
Inter will do everything to hold onto the Brazilian international. If he does decide to leave, a more likely destination would be Real Madrid and a reunion with Jose Mourinho.

Jordan Henderson
Age: 21
Position: Central midfield
Club: Sunderland
Cost: £16m
Chances of getting him: 4
Sunderland know they can’t hold onto the England international for much longer with United, City and Liverpool all hoping to sign him. Ferguson has the advantage over his rivals with Henderson understood to prefer a move to Old Trafford.

Karim Benzema
Age: 22
Position: Striker
Club: Real Madrid
Cost: £25m
Chances of getting him: 3.5
Fergie tried and failed to sign him last year but things haven’t worked out at Real for the Frenchman. Still there would be no shortage of takers if he became available. 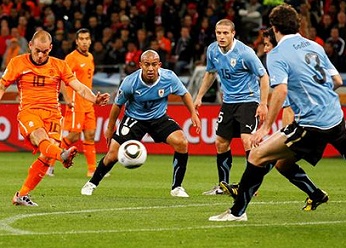 One of the players of the World Cup, his career has been reignited since moving to Inter Milan. Ferguson wanted him in the summer and couldn’t get him then.

Difficult to see him having any more luck in January or at the end of the season.

David de Gea
Age: 20
Position: Goalkeeper
Club: Atletico Madrid
Cost: £15m
Chances of getting him: 4
It would take around £20m to buy him out of his contract, but £15m should get him.

Fernando Torres
Age: 26
Position: Striker
Club: Liverpool
Cost: £40m
Chances of getting him: 1
In an ideal world Ferguson would sign Torres and Pepe Reina but he knows Liverpool would do everything in their power to prevent that. With City and Chelsea also desperate to sign Torres, it is unlikely United could live with either of them in a bidding war.

Steven Defour
Age: 22
Position: Midfield
Club: Standard Liege
Cost: £12m
Chances of getting him: 4
Ferguson has tracked him for the past 12 months and leads the chase for the Belgian. Liverpool are also interested – but the
promise of Champions League football will be enough to see off the Merseysiders.

Marek Hamsik
Age: 23
Position: Attacking midfield
Club: Napoli
Cost: £20m
Chances of getting him: 3
Napoli say he is not for sale but they will sell to the highest bidder. With Europe’s top clubs all monitoring the Slovak,
Ferguson is unlikely to want to get involved in a bidding war.

Apologies for being cynical, but if you believe all that you must also think that Sir Alex is in with a good chance of signing Santa Claus!

Can you see any of these guys coming to Old Trafford?

7 thoughts on “Will the Glazers give Fergie a £100m Xmas present?”