The heading on the Liverpool fans blog read – Have you seen this photo? (Another reason why he should be sacked ASAP). Was it Barack Obama having a beer with Osama bin Laden? Maybe the Glasgow Rangers chairman inviting the Pope for dinner or possibly the Queen addressing an IRA meeting? Oh no, it was far more earth shattering than that! Believe it or not, there was Liverpool manager Roy Hodgson for all the world to see, giving New Year greetings to his old mate Sir Alex Ferguson at the DW Stadium on Sunday while watching Wigan’s clash with Newcastle!

proud of the response from this childish Liverpool blog editor calling for the Anfield managers immediate sacking for such unforgivable treachery. How dare these two old friends be seen wishing each other the best for a challenging year ahead in public? 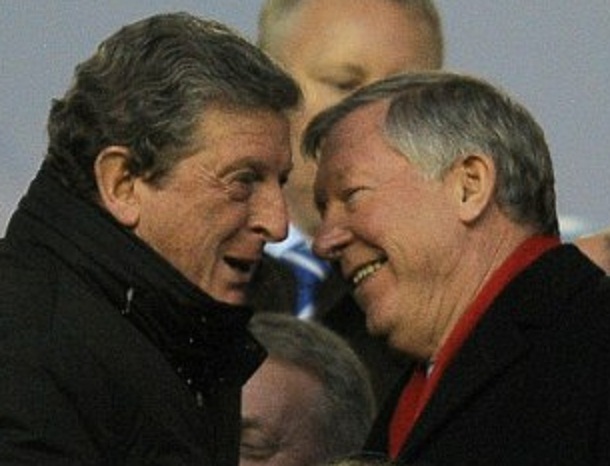 Have a close look at the photo folks. Irrespective of  whether you support Liverpool or United, I hope you feel the same shame that this so called football fan should be feeling if you share his views!

Can and Should rival managers also be good friends?