He may have broken all Manchester United hearts half a century ago when he scored twice to deny our beloved Busby Babes an FA Cup three months after Munich but as Bolton legend Nat Lofthouse was laid to rest this afternoon he was saluted as one of the all time greats of English football. Sir Bobby Charlton and Sir Alex Ferguson were on hand to represent Manchester United and speaking after the service, Sir Bobby described it as “marvellous”. He said “It was lovely. Nat would have been proud. I remember him as a really tough man and a really tough footballer in the days that football was tough. He was a great credit to Bolton.“

Dubbed as the ‘Lion of Vienna’ it would have been just as appropriate for him to be known as  ‘The Lion of England’. We join the rest of the football world in saying to Nat Lofthouse May You Rest In Peace 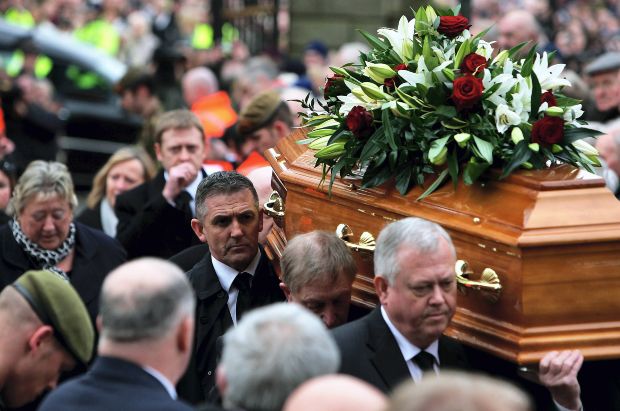