Denis Law is a Manchester United legend who has also played 24 times in the blue of City at the end of his career. Since then The King has seen the rise and rise of his beloved Reds with silverware flooding into Old Trafford while City has floundered between one manager after another without ever winning a single trophy of any kind. But all that has now changed “Manchester City are back as a team that people begin to fear and that’s how it should be” he says “you can see City will be a team that gets stronger and stronger as the years go on, and they will definitely become a threat to United.”

“This is probably the most important derby there has been in Manchester for many, many years” he believes “for the first time in many years, City are a team the rest of the Premier League are going to have to watch. For the last 20 years or so, it’s all been United. And with United losing at Wolves last weekend and City beating West Brom, suddenly the title is very much up for grabs.” 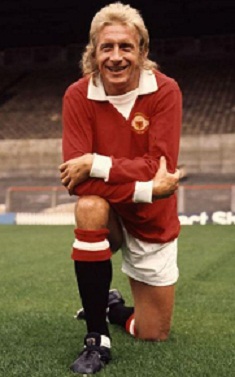 “If United win, they’re eight points ahead with a game in hand” he continued “If City win, the gap is down to two and it’s anybody’s title. I think Alex will love the challenge thrown down by City” said Law who has had a close friendship with Ferguson for many years. “Back when Joe Mercer was in charge of City in the late 1960s and early 1970s, it was a really competitive derby. United were successful, City were successful.” Law remembers.

“Since then, despite the odd win over United, City have not done much. But in the last couple of years, with the money they have and the players they’ve been able to buy, they’re going to get results. Now they have a team. Not one that’s up here and down there, but one that can, as the years go on, be challenging for the title. That’s happening right now, which is why the derby on Saturday is such a massive game for both teams.”

“At United, under Sir Matt Busby, we went out sometimes not to get beat” Law admitted “It’s always important, early in a game, to make sure you settle down, don’t concede and then attack if you can. You can’t just go out in today’s game. You have to be more careful. But with the derby, I think it’s more important for City to go out and attack to get the win they need. If they can do that, then it’s game on in the title race.” 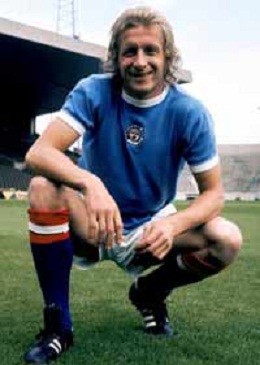 Law is confident that “The champions will come from Manchester. Without a doubt one of them will win the league title” he said “I am not going to say which side but I think it is a definite. But whatever the outcome of the race, the great thing is that Manchester as a football city is back on the map with two teams capable of winning the league title. It is becoming like the late 60s all over again.”

“I think both United and City will be in the Champions League next season. The pair of them will be in the top four for sure” added Denis “I think for the city of Manchester that will be really something special. Could they actually be the top two? It is not beyond them” he said “You never know, they could be one and two in England. The other challengers aren’t having a great time of it.”

“But as Bill Shankly said, it is never over until you cannot possibly do it” Law insists “if there are two games left and you are seven behind forget it. If you are five behind you are in with a chance. City are still in a great position. They have got the potential. City could win the title. It is entirely possible.” he concluded

Wherever the Premiership ends up in May, Denis Law is more than happy to finally see the fierce competition which has been missing for so long returning in the derby.

Do you also expect the title to come back to Manchester?