Second tier club Millwall finished in 10th position during the 2003-04 season so it was hardly surprising that Manchester United prevailed 3-0 in that years FA Cup Final at Cardiff’s Millenium Stadium. As much as the brave London club may dispute it however, the Cup was really won at Villa Park the previous month when Paul Scholes drove the ball home after 32 minutes for a hard fought 1-0 semi final defeat of Arsenal. United have not lifted the trophy again since and as Sir Alex Ferguson says ‘It’s time we won it again” 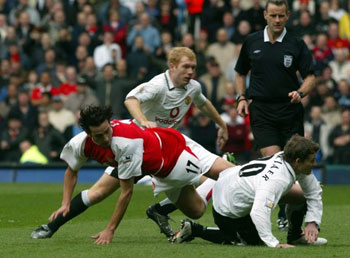 Will this be the year for lifting the Cup once more?