City Euro exit may not be good news for United

It only leaves Manchester City the FA Cup to salvage something out of the season and with no disrespect to either Stoke or Bolton, it is United who appear to be their major hurdle. 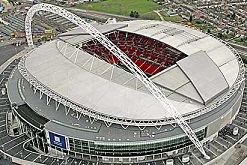 There would have been many Manchester United fans who relished watching their City rivals slowly slipping out of the Europa League but should they have been? Manchester City started the season with high expectations of picking up at least one of the four trophies available to them in order to stop that embarrassing 35 year drought without any kind of silverware. Their title hopes were virtually dashed weeks ago, the Europa League is now also gone while even the hardly glamorous Carling Cup saw City make an early exit. It only leaves the FA Cup to salvage something out of the season and with no disrespect to either Stoke or Bolton, it is United who appear to be their major hurdle.

Manager Roberto Mancini and City fans will be hurting badly, they hardly expected the season to get to this sorry stage after outspending every other Premier League club by a mile in a desperate effort to win something – ANYTHING. The repeated message out of Eastlands has been that a Champions League spot has always been their major target. REALLY? Can anyone explain why a football club would spend so many millions just to aim at finishing in fourth position?

All this has got very little to do with United who are still up to their necks in a battle for an unlikely treble despite critics labeling them as the most ordinary side fielded by Ferguson for years. Nothing at all that is except for the huge April 16 semi final derby showdown. Neither side will give an inch, defeat will be bitter for the losers and their fans because far more than an FA Cup Final day out will be at stake.

Despite the silverware that has come flooding into Old Trafford during the last twenty years, United has not lifted the Cup since 2004 leaving many current players yearning for a winners medal to complete their collection. City on the other hand simply cannot afford to finish a season from which so much was expected completely empty handed once again.

Now that a Europa League trophy is no longer a target, the Sky Blues will be absolutely desperate to lift the FA Cup for the first time since 1969, there’s nothing else for them to win, which is why their elimination from Europe could spell danger for United. The reality is that the Eastlands future for many of their highly paid stars could depend on it – as will that of Mancini himself.

Are you pleased that Manchester City were knocked out of the Europa League?