In a revealing confession to The Telegraph this week former Manchester United record signing Garry Birtles recalled the torment he went through over thirty years ago when he could not buy a goal for love nor money during his first eleven month period at Old Trafford.

In a revealing confession to The Telegraph this week former Manchester United record signing Garry Birtles recalled the torment he went through over thirty years ago when he could not buy a goal for love nor money during his first eleven month period at Old Trafford. He explains what he thinks Chelsea £50m signing Fernando Torres must be going through as he desperately searches for that breakthrough at his new club. It’s an interesting tale which will also bring many memories to older United fans as they remember the frustrating struggle Birtles went through all those years ago.

The striker clearly remembers “Leaving Nottingham Forest as a two time European Cup winner to sign for United in a £1.25 million move in 1980, which was just short of the British record transfer fee at the time. But I just could not get that first goal and it all reached a head when I almost killed myself when driving back to Nottingham from Manchester after a game against Everton. 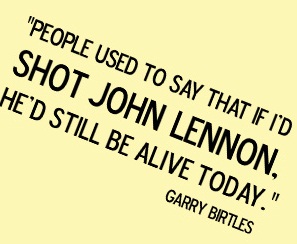 It was a filthy night and I was driving on a country road across the Derbyshire Hills with AC/DC blaring away through the car stereo. My barren spell was running through my mind and I wasn’t concentrating on my driving so I ended up skidding across the road.

Luckily for me, I span into a farmyard through an open gate, but it was a road used by articulated lorries and, had the gate not been open, Heaven knows what would have happened, especially if a lorry had been coming the other way. But from that point on, I realised that my lack of goals was not really that important, and I started scoring regularly again quite quickly after the crash.

I would never wish for Torres to go through such an experience, but no matter how big your transfer fee, there are more important things than scoring goals. I was more a creator and scorer than Torres, so perhaps I was under less pressure initially. He is a 20-goals-a-season man, so he will be expected to deliver in front of goal.

It’s a mystery as to why he isn’t doing it for Chelsea at the moment, but I just wonder whether he actually hankers to be back in Spain. Maybe Premier League defenders have wised up to him during his time in England, with Liverpool and now Chelsea. As a striker, you always have to keep outwitting defenders because they will be working hard to do the same to you.

When I was at Manchester United, I had a shot cleared off the line on my debut against Stoke City before hitting the post in my second game against Everton. Had either of those gone in, it could have been so different. When I finally scored against Swansea, 11 months after signing, the roof lifted off Old Trafford. You cannot help but try too hard when you are looking to end a goal drought though, and  just like Torres is doing now, I would take one touch too many.

Brian Clough used to tell his strikers not to try to make a good chance better and that was a perfect piece of advice and one which Torres could take on board. Cloughie meant that, if a chance is a good one already, why risk taking the ball away from goal by having a second touch? Just hit it.

You need mental bravery in the situation in which Torres finds himself, though, and that is not always easy when you are struggling. He is a much better player than I ever was, but I do wonder whether the Premier League is no longer the best league for him.

Diego Forlán had a similar experience to me at United, but just look at him now. He is one of the leading strikers in Spain. For now, though, Torres just has to keep believing that a goal will come. When he scores one, more will probably follow”

That Birtles story is a reminder that as glamorous – and often envious, a footballers life undoubtedly is, it can also has its dark side. It’s a side which Torres like many others before him, must be experiencing right now.

Does anyone in their 40’s have any special memories of Birtles at United?