Blackburn greed will bite them on the bum

Whether the fee ended up being £16.5 or £20m plus ‘add ons’ as Rovers manager Steve Keen insisted on Sky News, all trust between players, their agents and the club owners has now been lost forever – all for an additional few million!

The transfer saga of the now concluded move by Phil Jones from Blackburn Rovers to Manchester United will come back to haunt the owners at Ewood Park for as long as they remain there. Why? Because they have shown that their word, even if it’s bound by a contract, cannot be trusted. Whether the fee ended up being £16.5 or £20m plus ‘add ons’ as Rovers manager Steve Keen insisted on Sky News, all trust between players, their agents and the club owners has now been lost forever – all for an additional few million! 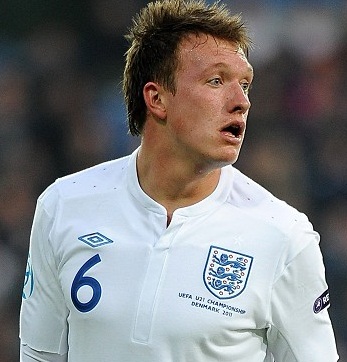 Here’s a scenario of what Rovers will face in the future. A new contract is offered to a youngster like Jones whose agent insists on a buy out clause during its term. Blackburn will naturally want to negotiate as high a figure as possible while the player and his representative will rightly demand the opposite. More importantly, the agent will insist on the clause being absolutely watertight without any possible room for a challenge.

The end result will be that the figure finally settled upon will be less than what the club really want simply because no trust exists after the drama that Rovers forced Jones to go through. Any agent worth his salt can never settle for anything less.

So what lessons can be learned from this whole unpleasant episode? The basic one is that clubs must resist the temptation to be greedy. An unrealistic amount of money is being demanded for unproved youngsters. Jones has made just 35 appearances for Rovers in his first Premier League season yet Blackburn felt that a whopping £16.5 was not enough!

United and other leading clubs were prepared to pay that amount purely based on the potential he undoubtedly has yet we have all seen how dozens of promising whiz kids have failed to make the grade in the past. Some sane balance has got to be found.

Did United pay over the odds for Phil Jones?