The Mirror is reporting that Manchester United are ready to seal a £27million deal for the Udinese’s Chilean star from under the noses of Manchester City and Barcelona.

Transfer rumours are a dime a dozen. Very few have genuine substance so they should always be taken with a huge amount of cynicism. Yet they cannot be completely ignored in case there’s the slightest grain of truth in them. Some media outlets are obviously more reliable than others so Truly Reds is prepared to report the gossip and give a rating of 1 to 5 as to how believable it’s likely be. A rating of 1 can almost certainly be dismissed out of hand while a 5 may give the story some merit and warrant a small wager. Have a look at the latest sports news and transfers being reported but be warned – only believe what you want.

How long have we been hearing rumors of  an Alexis Sanchez move to Old Trafford? It’s now beginning to wear thin yet The Mirror is now reporting that Manchester United are ready to seal a £27million deal for the  Udinese’s Chilean star from under the noses of Manchester City and Barcelona.

“United supremo David Gill was spotted in talks with Sanchez’s representatives who have been with Barca – with insiders revealing that the player wants to go to United above all of their rivals” is what the report claims. Don’t forget that this is from the the Mirror but can still be RATED – 3 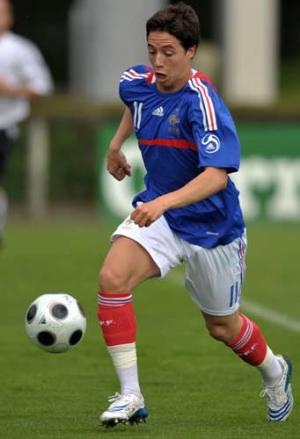 Can this possibly be on? Reports are emerging that Samir Nasri is on the brink of a shock switch to Manchester United after finding himself unsettled by Arsenal’s inability to compete for top European silverware. To compound the speculation, a Premier League agent spent most of last week claiming that the Frenchman would soon be on his way to Old Trafford.

Through messages released via his social networking profile on Twitter, agent Peter Morrison insisted that whilst he could not absolutely confirm that a deal has been struck already, the potential shock switch is in the process of being agreed. “I’m hearing reports that Nasri’s representatives has indeed agreed a deal enabling him to join United” Morrison revealed via Twitter on Thursday. I wish it was more likely to happen but this story can only be RATED – 2

No matter how often I read it, I still don’t believe it. Harry Redknapp has admitted that Luka Modric has “had his head turned” by speculation regarding an imminent move to Old Trafford according to sportsvibe.co.uk.

The Spurs boss has a battle on his hands to keep the 25 year old Croatian at White Hart Lane after a week of heady allegations. Enjoying a great year for the north London club Modric picked up the Fans’ Player of the Year accolade.

In light of the high profile retirement of Paul Scholes as well as the fact that Ryan Giggs has reached a controversial twilight to a stellar career, it is certain that Sir Alex Ferguson will be keen to conduct something of a midfield revamp Rated – 2

This one’s a longshot. Marvin Martin is a good prospect and very much on United’s radar according to France’s Maxifoot. The Reds have reportedly joined Lille, Lyon and Paris St Germain in jostling for the 23 year old attacker who scored twice on his debut for Les Bleus last week. Lille have had a £7million bid rejected apparently with Sochaux holding out for a £15million fee for the little playmaker. Can only be Rated – 1

Is Alexis Sanchez worth a £27million transfer fee?