What a way to kick off a new campaign? A boring two month off season – with no real football except a non event like the Womens World Cup, and nothing more than sheer repetitive transfer speculation by a news hungry media! REAL action is now back and the two Manchester rivals provided loads of it at Wembley Stadium as United came back from trailing by two first half goals to lift the annual Community Shield with an injury time Nani winner and leave City crying in their barrels of oil yet again! This is what football’s all about, if it was a taste of things to come, BRING IT ON!

Please don’t simply accept the opinions of a self confessed United old fart, read what City fan Chris ‘Goosey’ Wildgoose had to say on the Manchester City official Facebook website after the game “Mancini’s not to blame…the whole team was taught a valuable lesson today by a much better side! Too used to being let down by City to even care about the game today, but no matter who the opposition is, letting a two goal lead slip in such shocking fashion is inexcusable! It’s going to be a long hard season if we continue to defend like complete morons...the fact that six or seven goals wouldn’t have flattered United sums up the way we played today!” 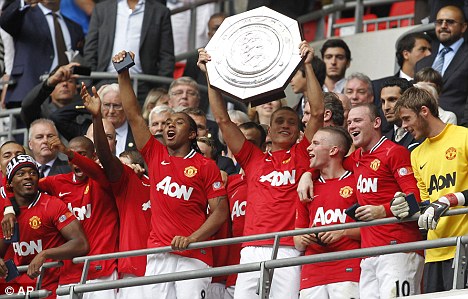 Meanwhile, this would be sad if it wasn’t so hilarious. The Manchester City Official website went online reporting that their side had won the Shield 3-2 as shown here 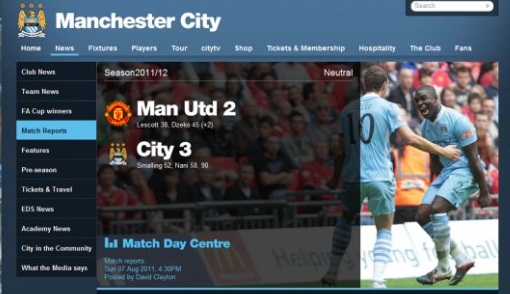 Don’t worry guys, we can all make mistakes – no matter how dumb