The SUPERFAN guide to the new season 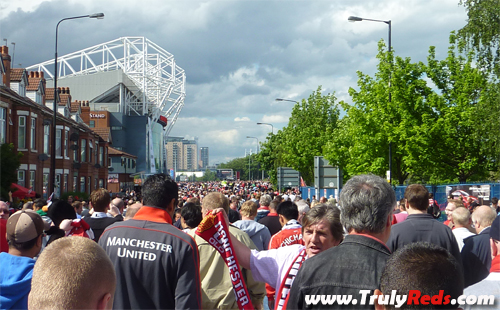 Welcome one and all to my very first attempt at blogging for this glorious website, I hope you enjoy the read as I attempt to waste the next half an hour of your life.  The subject matter is one of great importance to me and one that is forever close to the Red Dead Podcast’s heart; the phenomenon of the “super fan”.  As I sat on my couch watching De Gea’s shaky looking league debut for the Super Reds of Manchester, I thought to myself, what better time to lift the lid on “supra fannious” than at the threshold of another premier league season, so let’s identify our own..

It’s a given that child-like, unconditional support is a common trait of the common or “house super fan” to SAF.  While adorning Fergie with the respect that only the paediatrician responsible for delivering my fictitious first born son and Boba Fett from Star Wars have, I can’t say I don’t find the boycott a little tedious, childish and a bit embarrassing. There have been plenty of investigations by panorama and the like, obviously Martin Ferguson springs to mind, but Arnesen? Craig and Sam? Nathan Porritt?  I don’t believe corruption within the English game has reached the levels that a certain Liverpool forum would have you believe, but to believe all these characters Fergie Jr included are whiter than white is naivety bordering on sycophancy to our glorious leader.

Whether it’s Gibson’s good shot, Ando shits on Fabregas or Carrick’s misunderstood genius, we all have one or two players that we refuse to accept simply aren’t what we’d like to believe.  I for one remember clinging on to the notion of Poborsky being the new Kanchelskis, sometimes we simply must accept that these players aren’t the potential United legends we claim them to be.  That’s not to say we don’t rate them at all, I have a good feeling about Anderson this season and bar games of the highest occasion, I think Carrick performs well for us, but beyond that is the super fan action of refusing all criticism, to the point where any fan found guilty of rating Fabregas over Ando is indeed a closet goners fan or simply, not a “Top Red”.

Under no circumstance must we criticise Dimi, for punishment of being tarred a common Ingerlund fan.  Berbatov offers a lot of traits that we sometimes lack up front, poise, patience, maturity and an air of arrogance; however, as much as I love the one with the golden first touch, at times he can be a frustrating player.  The highs, well, it’s obvious isn’t it?  The Liverpool hat trick, and ruining Venkey’s acquisition party. However the lows, of course the snub in the final, but also the glaring chances missed in the FA cup semi, I love the Bulgarian, but I’m not afraid to say, I wasn’t surprised by the miss, safe to say, two chances the EMO would probably have buried.  Before I get expelled from the land of milk and Red Issue Fanzine, I’d like it to be known that I’m a massive fan of Dimi, but certain fan’s love for him is more an act of defiance against peoples (wrong) perceptions of him being a lazy player, than actual sincere admiration to one of the most technically gifted players at Old Trafford.

Class of ’94/Rio’s been Merked

The babes, 68, 94, 99, even 2008, people of all generations have the pub discussion, what was the best team.  For clarity, let’s just say the Fergie era, now it’s not uncommon in the world of super fans to be nostalgic,  everything about the modern game has changed for the worse, none more so, than the players. Now there are obvious choices to be made; Schmeichel edges VDS, Keane in there also, but the ones that most super fans cling to is Bruce or Pally over Ferdinand. Ferdinand has his critics (mainly for his personal life I assume), but excusing that, he is comfortably amongst the top 5 centre backs I’ve seen in the last 2 or 3 decades, but he invents a few stupid catchphrases and joins twitter so immediately Pallister or Bruce were way better, my only hope is in 15 years time when he’s enjoying his retirement, people can see past the annoying celebrity personality and learn to appreciate the world class centre back we once had.

There are more characteristics synonymous with the super fan, a militant style hatred towards the Glazers/Gill, teary eyed nostalgic view of the babes or 68 team despite being only being born somewhere in the last 25 years, and of course a general look of disgust aimed at the 88 year old and his 3 eight year old grandson’s who won’t “stand up for the champions”.  We simply don’t have the time to sift through the intense flavoured casserole that is the common day football fan, it may seem that I’m patronising or that indeed I’m not a “real” fan, but trust me, when Ashley Young skilled fully ricocheted the ball of the WBA defence, I was as overjoyed, elated and downright relieved as all of you, I simply implore the minority of fans, the ones seen at ALL clubs, the ones who look down on Ingerlund fans,  let’s not forget, that we can do better as fans, and fanaticism and passion shouldn’t always go hand in hand with subservience.