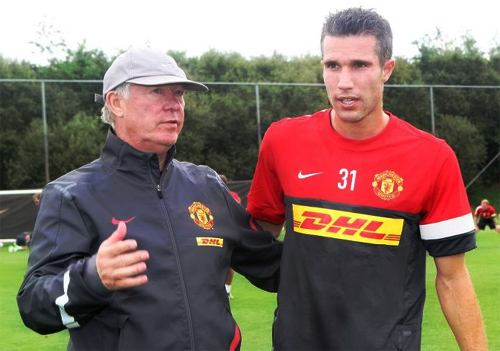 ths have been one of the most outrageous in transfer activity, with stories popping up left, right and centre about players being linked with Manchester United.

Many names were being thrown around in the media; some of them carrying genuine intention from the club and others, merely fabricated stories that didn’t sustain very long.

Today, it is with a warm feeling in my heart that I say Sir Alex Ferguson has signed the best players that were available in the market in Shinji Kagawa, Nick Powell and Robin Van Persie.

Don’t get me wrong – these are two exceptional players. Any United fan would have drooled at the prospect of having either Hazard or Moura in a central midfield role at Manchester United but Fergie just didn’t see the justification in their price tags, especially not for a 19-year old boy, and therefore capped a limit on how much he would pay for them.

This is not because funds were not available; it was just not the value-for-money deals that Sir Alex Ferguson is accustomed to. That’s just not the way Manchester United does business!!!

Manchester United remains true to its roots up to this day when it refuses to pay large amounts of money for over-priced players. A clear statement that no player will ever become bigger than the club, and at the core of this ambitious statement is a true mastermind of the game that goes by the name Sir Alex Ferguson.

2 thoughts on “IN FERGIE WE WILL ALWAYS TRUST!!!”