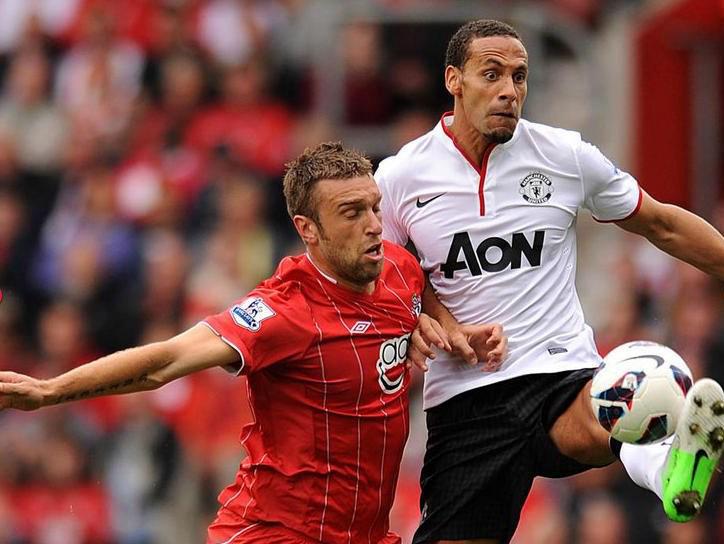 Manchester United’s last league outing saw them denied three points by a late Spurs equaliser. Robin van Persie has put United ahead with his 18th goal of the season earlier.

Van Persie’s goal scoring has allowed Wayne Rooney to drop deeper into more of a supporting role, a move supported by his stats which show he makes more passes per minute in the opposition half than any other Premier League striker. Rooney averages a pass every 2 minutes 53 seconds.

Tom Cleverley provided the assist for van Persie’s goal, just his second of the season, despite having completed 386 passes in the opposition half at a rate of one every 3 minutes 6 seconds.

Manchester United defender Phil Jones made five blocks during the game against Spurs, the joint second highest number of the season.

Southampton’s new manager Mauricio Pochettino got his career off to a promising start with a 0-0 draw against Everton in their last game.

Morgan Schneiderlin, meanwhile, takes the individual trophy for most distance run with a total of 148.2 miles so far this season, one of only five players to have topped 140 miles so far.

Schneiderlin has also completed 414 passes in the opposition half this season, more than any other Saints player.

Rickie Lambert is Southampton’s top ranked player in the EA SPORTS Player Performance Index having scored ten goals in the Premier League at a rate of one every 191 minutes 40 seconds, and one every 5.1 shots.

Lambert also has five assists to his name, meaning he has contributed to exactly half of Southampton’s 30 Premier League goals this season.

Will United win and extend the lead on top?!