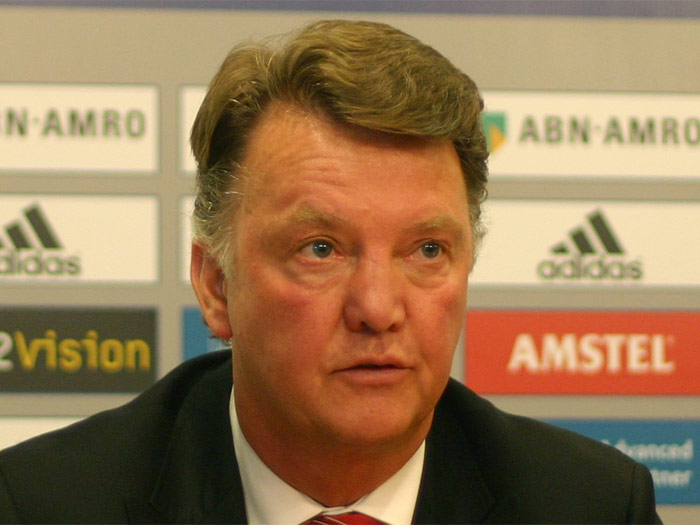 With the Dutch manager set to take over Manchester United after the World Cup,  United fans will be curious as to what to expect from his philosophy.Watching the Holland v Ghana match over the weekend, we can see what Louis van Gaal has in store for the Dutch. But what does this mean for United? We’ll take a look at some general principles illustrated in this match which he may also bring to Manchester United after the World Cup.

Here are the 8 components we noticed about van Gaal’s system for the Dutch and how it may be useful for United:

What could this mean for Manchester United?

Well at the very least, we can be certain van Gaal will make sure each player clearly knows their role in his philosophy. Last season, Manchester United looked bereft of ideas when the opposition set their stall out and you wondered how well the players knew their roles from their performances and disjointed attacks. We should expect to see a more cohesive pressing scheme, more sophisticated play in the final third, good balance between attack and defense and hopefully a return to the lightning quick counterattacks United have been known for over the years.

van Gaal also isn’t afraid to put players in different positions than what they prefer. Against Ghana, he experimented by using van Persie in a withdrawn right forward role where the Dutch striker assisted Janmaat (right wing-back) in defense and then partnered with Sniejder and Robben in attack. It was similar to how Martinez used Lukaku on the right against Arsenal and surprisingly enough, the impact was very similar too.

So if we see Rooney in midfield next season or wide left, we shouldn’t worry. “King Louis” always has a plan and in time, it will be plain for all to see.