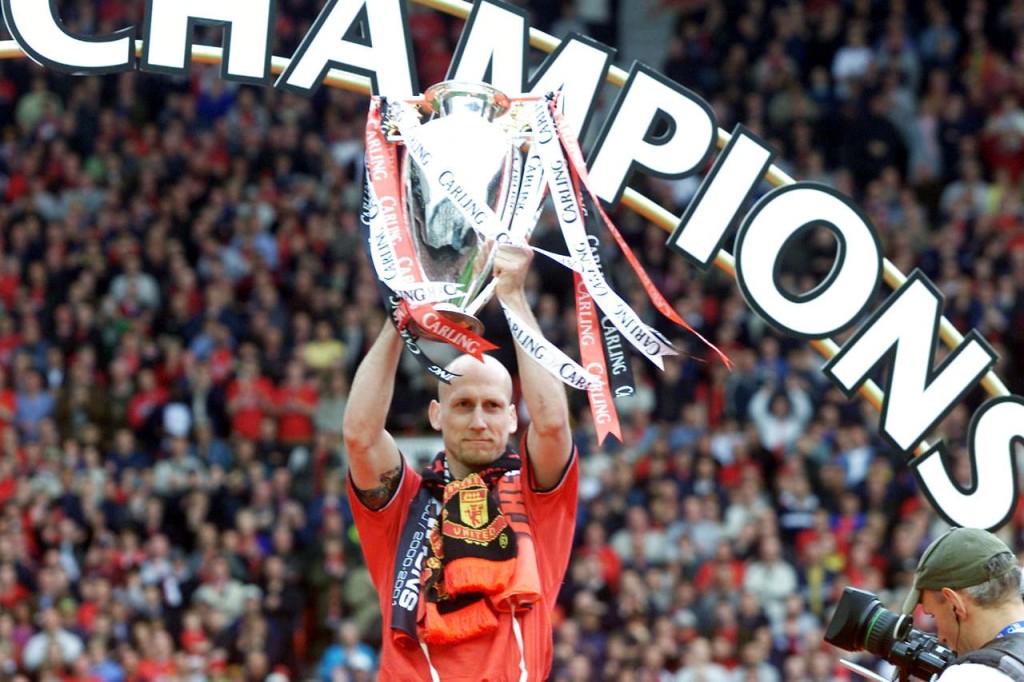 And so the inevitable finally becomes a reality. Louis van Gaal is the new Manchester United manager, an unsurprising but highly important piece of news which will prove vital to the future of the Old Trafford club. He will leave his current job – as boss of his national side, the Netherlands – following the conclusion of his team’s involvement in this summer’s World Cup.

Yet the Netherlands – the home of legal weed, Total Football and a loads and loads of flat land – has produced surprisingly few players who have gone on to star for Manchester United. Only eight, in fact, one of whom is Alexander Büttner, a player so raw, excitable and defensively shaky it seems likely he won some sort of scarcely publicised competition to win brief ownership of the No.28 shirt at Old Trafford.

Yet there are some exceptions to this rule, and what wonderfully inspiring exceptions they are. To wet the appetite of the incoming Van Gaal, then, here are four of the most talented and committed Dutchmen to feature in the United red. Apologies go to Büttner, Arnold Muhren, Jordi Cruyff and Raimond van der Gouw, who just – just – failed to make the cut. 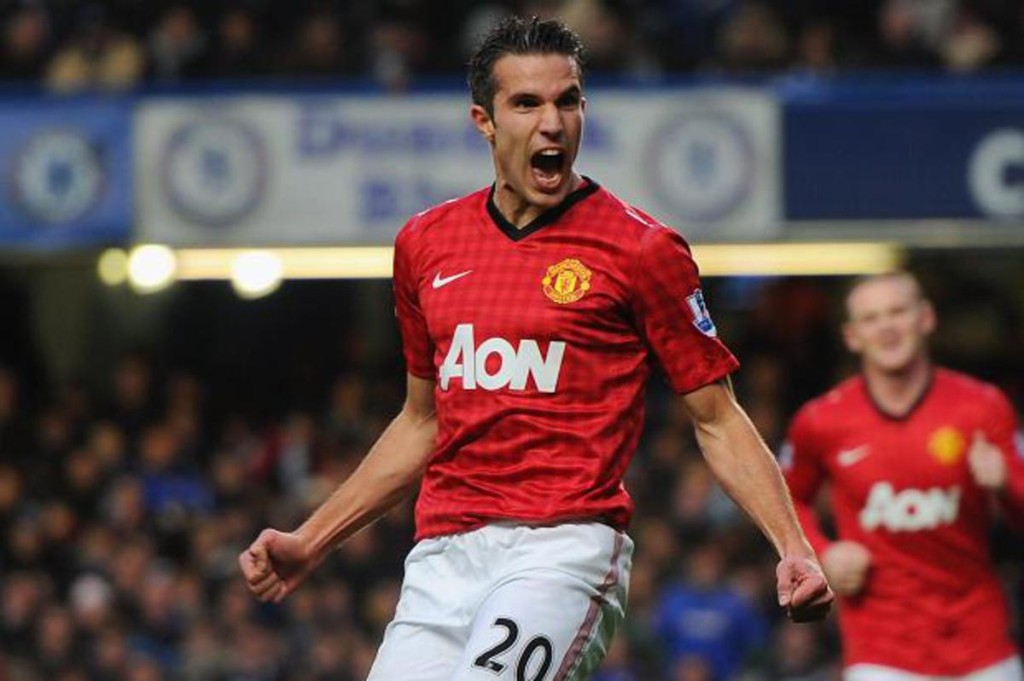 RvP was Sir Alex Ferguson’s final big indulgent treat to himself. Having suffered last-minute-of-the-season heartbreak to lose the title to ManchesterCity on goal difference in 2011/12, Ferguson splashed out on the Premier League’s best player from the previous two seasons to ensure his team did not suffer a similar fate the following year. Van Persie and the “little boy inside” of him said all the right things upon his arrival, and he went on to enjoy a magnificent debut season, netting 30 goals and almost single-handedly winning United the league back from their neighbourhood rivals. His performances were genuinely spectacular – impeccable close control, unshakeable composure and endlessly cutthroat finishing.

His second season was rather less spectacular, with the striker struggling with injury and apparently unhappy with the methods of new manager David Moyes. Still, Van Gaal’s imminent arrival means van Persie could yet go down as a United great. The pair have regularly been seen attending games together in recent weeks, and the striker seemed practically giddy about the prospect of working with his national coach when asked about next season following the last home game of the season against Hull. More great feats could well be on the horizon.

Jaap Stam should probably go down as the most magnificent defender to have ever played for Manchester United, a lofty accolade that should not be too obscured by his short stint at the club or his ugly breakdown in relations with Sir Alex Ferguson that prompted his sale to Lazio. After leaving Old Trafford Stam went on to play at a high level for another six years, finishing his career at Ajax and turning in performances that were of such a high standard that Ferguson was forced into admitting he had been wrong to sell him.

Stam was the ultimate modern defender, a combination of the exquisite ball-playing of a Rio Ferdinand and the strength and grit of a Nemanja Vidic. He was voted the Champions League’s best defender two years in a row and was an integral member of the legendary Treble winning squad of 1998/99. He was also a central figure for the Dutch national side, helping them reach the semi-finals of three major tournaments over the course of his 67 caps.

Although notoriously moody and self-centred, van Nistelrooy was still undeniably ruthless at the spearhead of United’s attack for the duration of his time at Old Trafford. He bagged a highly impressive 150 goals in 219 appearances, including 44 in 52 games during the 2002/03 season, making him the 11th highest goalscorer in the club’s history. He was the Champions League’s highest scorer in 2001/02, 2002/03 and 2004/05, and struck six hat tricks during five seasons at Old Trafford.

Ruud only scored two goals from outside the box in his entire United career, but at a stage was perhaps the most lethal striker in world football within it, clinically thrashing or dinking home any scraps that fell to him with an unerring level of calm and technique. Highlights included an excellent run and finish from the tightest of angles away at Basel, a brilliantly composed chipped finish in a crucial away game with Arsenal and a blistering run that began in his own half at home to Fulham. Lethal. 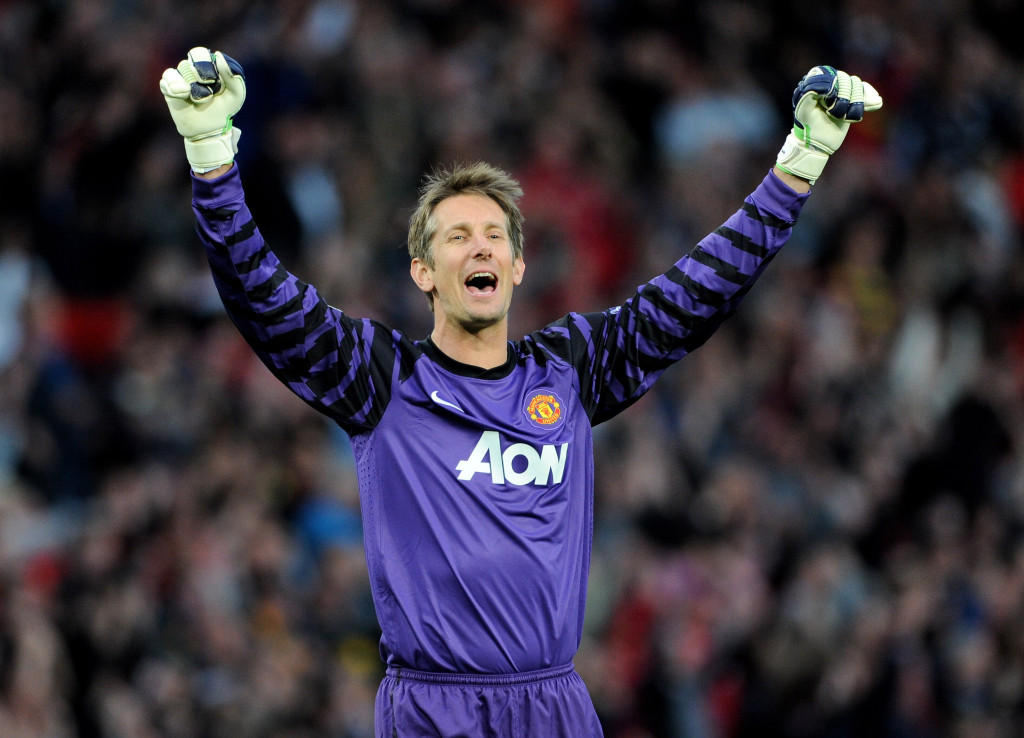 If it wasn’t for a certain great Dane, Van der Sar would be an contender to be considered the greatest goalkeeper ever to wear Manchester United colours. A fearsome and dominating last line of defence, van der Sar formed an often impregnable backline behind a Vidic and Ferdinand pairing at the peak of its powers. Capable of pulling off startling, match-winning saves using an agility that defied his huge stature and advancing age, he also offered lethal distribution, endlessly effective leadership and inspiration both on and off the field.

Ferguson often stated that he wished he had signed the giant Dutchman long before he arrived at the club in 2005, a move which instantly solved the longstanding quandary of finding a successor to Peter Schmeichel. Van der Sar was an essential member of Ferguson’s last great Manchester United team which won the 2007-08 Champions League, a game which Van der Sar clinched by pulling off a vital penalty save from Nicholas Anelka in that most memorable of shootouts.