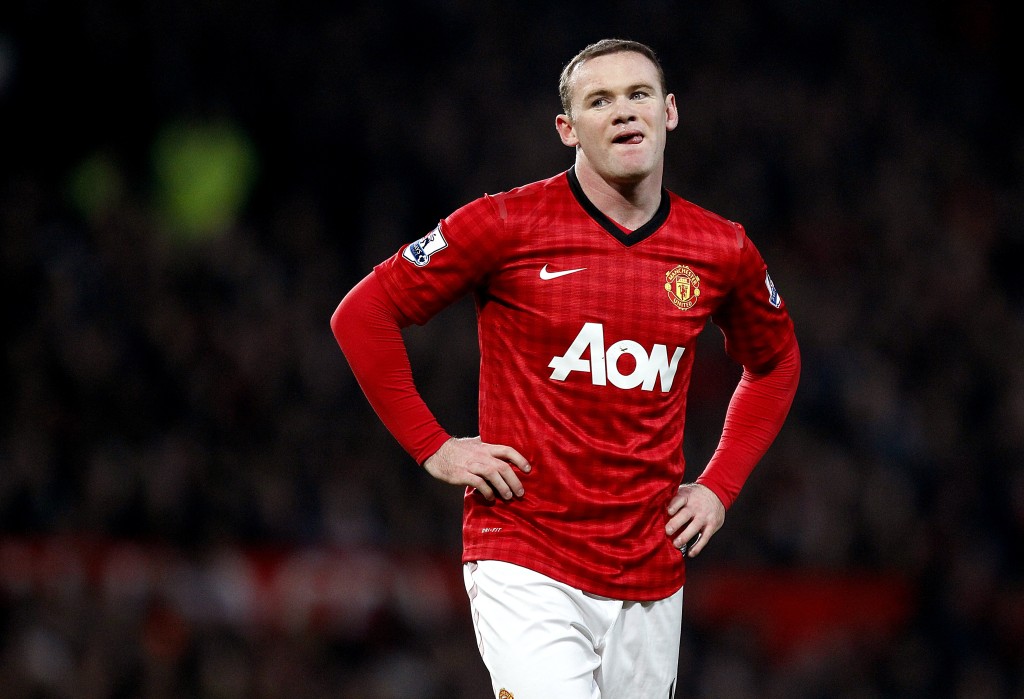 David Moyes has been put out of his misery at Old Trafford, yet the legacy of his doomed ten months in charge look set to linger on at Manchester United for many years to come.

The club are reported to already be far down the road in securing Moyes’ identified transfer targets, a list of players so unimaginative, obvious and overpriced that it makes Sir Alex Ferguson pursuit of Juan Sebastian Verón look like the identification of a 16 year old starlet from deep rural Africa. Elsewhere, Moyes has reportedly implemented substantial changes to the club’s academy, shifting the focus of its work from technical skill towards the development of athleticism.

Yet potentially Moyes’ most damaging legacy is a far more obvious issue, one that has been clearly visible to United fans every time their team has lined up in recent months: the retained services of Wayne Rooney on a burdensome contract, which looks set to cause considerable difficulty for the club for many years to come.

Moyes’ dedication to keeping Rooney has several significant roots. Firstly, the manager developed a tight affiliation with the striker whilst they both were at Everton. Although Rooney left the club in acrimonious circumstances, the pair enjoyed a close relationship, and the striker was a powerful potential ally for Moyes when he arrived at Old Trafford last summer. The second, slightly more sinister explanation was Moyes and Chief Executive Ed Woodward’s calamitous first summer in the transfer window. After failing to land a succession of high-profile names, the club needed to make a statement to retain their respectability in the market. Woodward consequently deemed it sensible to promise shareholders that Rooney’s service would be retained, conversations that are available to listen to on the Manchester United Investor Relations site.

The result was the infamous Wayne Rooney New Contract. Some statistics: the new deal guaranteed the striker £300,000 a week, or about £85 million over the course of five and half years, making him one of the world’s highest-paid athletes.  It goes without saying that the deal is the most expensive long-term contract in the history of both Manchester United and the Premier League. And all this for a player that had been earmarked for definite sale by Sir Alex Ferguson still less than a year ago.

The effects on the club have already been grim. Shinji Kagawa and Juan Mata, arguably United’s two most imaginative creative players, have been forced out of position by Rooney’s continued presence and have struggled to make an impact, shunted out onto the wing to make way for Wazza in his preferred no.10 position. Both players are better than Rooney behind the striker – quicker, smarter, finer dribblers and more intelligent on the ball – yet the Englishman has remained king.

Adnan Januzaj’s prospective playing time at the club is also threatened by Rooney’s continued presence. United’s great young hope of the day, Januzaj is good enough to be a regular starter at most major clubs, meaning Old Trafford could well see it’s hottest youth prospect walk out the door if his place in the team continues to be occupied by undroppable teammates.

Despite his preference to play behind the striker, Rooney’s best position is at no.9, where he is less likely to slow down attacks or lose discipline in terms of his positioning. Yet he is still arguably less effective as a main striker than at least two of United’s other options in the position: Danny Welbeck, who has consistently been forced to occupy a spot on the bench despite impressive form all year; and Robin van Persie, who complained of players (read: Rooney) crowding the space he prefers to operate in following United’ miserable 2-0 defeat to Olympiakos in February. The less said about Rooney in a central midfield role – where his miserable short passing, unintelligent positional play and regularly awful first touch are repeatedly exposed – the better.

Depressingly and somewhat inevitably, Rooney has been undroppable since his new deal was agreed. A few moments of excellence and a decent goal return in the first half of the season should not take away from what has been another rather dire season for the England striker. A decent double against Tottenham and an accurate hoof from the halfway line against West Ham have failed to make up for a season of ineffective running, endless crossfield balls and lethargic close control. In short, it hasn’t been enough to warrant the biggest salary in the Premier League, or probably the Manchester United captain’s armband come the start of next season. 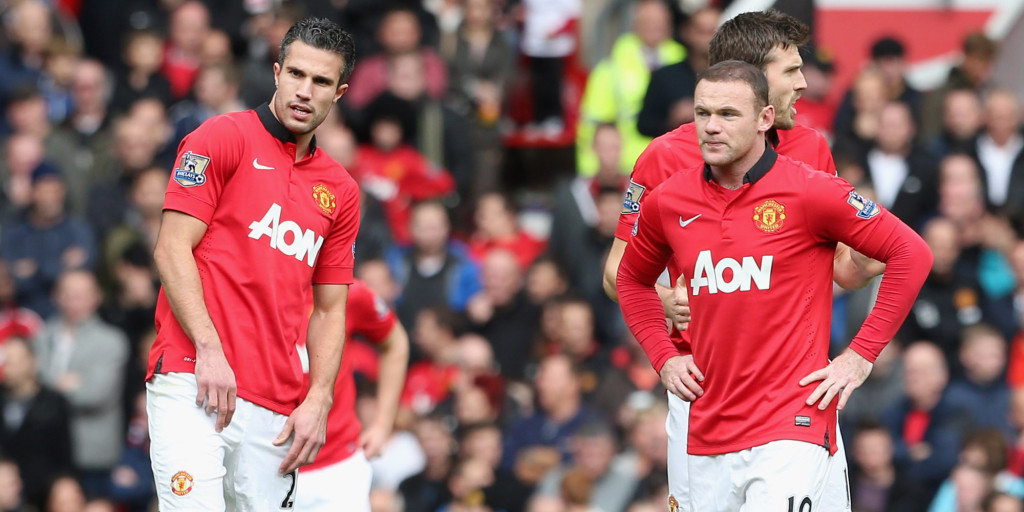 Despite always needing at least two games to recover full fitness after any sort of layoff, he has been an ever present in the United lineup. Rooney has started every game when he has been  fit, and even some of those he hasn’t – the most notable and costly example being the return leg of United’s Champions League quarter-final tie against Bayern Munich earlier in April. Not only was Rooney’s personal display dire, he also dragged down his teammates, a situation which was epitomised perfectly by his berating of Welbeck after the tireless striker had squeezed in a near-perfect cross to set up Rooney for a straightforward chance. Captain material it was not.

If he does indeed see out the rest of his contract, Rooney will almost inevitably end his career as Manchester United’s highest all-time goalscorer. He already has 216 goals in 442 appearances, and requires only another 34 to pass Sir Bobby Charlton’s record of 249. Yet you would struggle to find a United fan happy about their likely new record holder. Moyes’ personal and financial investment in Rooney was misplaced from the off – the striker had already tried to leave the club twice, and had been earmarked for sale by Ferguson, a manager whose central defining characteristic was his ability to identify when a player had irretrievably outstayed his welcome at Old Trafford. Offering Rooney the priciest deal in the club’s history, as well as reported input into the club’s transfer dealings, was a move which isolated the club’s new manager from vast swathes of its fans.

Moyes’ departure may seem to have cast a few questions over Rooney’s future – after all, Louis van Gaal, the current favourite for the job, has a history of struggling to put up with high-profile personalities at the clubs he has managed at the highest level. Some reports even suggest that Rooney is already in a strop about the Dutchman’s potential arrival, fearing that his close relationship with van Persie would see the Englishman struggle for playing time, just as he did during Ferguson’s last season – when United won the title by 11 points. Yet even a willing manager would struggle to offload Rooney now, as no potential buyer would come anywhere close to matching the player’s new wage demands. For now, United and Rooney appear stuck in an increasingly loveless marriage.

Moyes decided to make Rooney the centre of a team that had comfortably won last season’s league title. The fact that that side now sits stuck in seventh place, 20 points behind leaders and rivals Liverpool, seems definitive proof of the player’s mediocrity. In the lead up to the summer’s World Cup, Roy Hodgson would be wise to learn lessons from the way Moyes’ overly favourable treatment of the player affected his team’s fortunes. For United, it may well be too late.