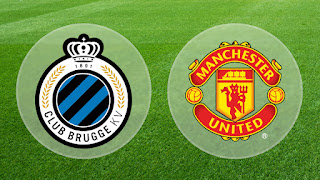 One small step for man, one giant leap for Man United.

Manchester United made it back into the Champions League group stages after waiting and watching Europe’s elite battle it out last season from a distance.

Fellaini’s last kick, or header, of the game in the first leg of this tie gave United the critical two-goal breathing space they needed to take with them for the away leg in Belgium. With a definite lack of punch in attack 2-1 would have been a tight call, but as it was, there was no need to worry as the game turned out to be a one-sided affair..

With Fellaini available for inclusion and with Louis van Gaal stating in his pre-match press conference that the Belgian would be used as a number 9 or 10 this season it was a little surprising to see him start on the bench. However, on a positive note there was a welcome return for fans’ favourite Ander Herrera making his first start of the season in place of Schneiderlin in midfield and Carrick was given back his starting place over Schweinsteiger.

First half:
There was a cautious start from United who seemed content to pass the ball between their defenders. It was Chris Smalling who eventually played the ball forward down the wing, and a few moments later that led to a half chance. Adnan Januzaj slipped a through ball into the box for Luke Shaw, who was beaten to the pass by the onrushing Bruges keeper Sinan Bolat.

After 5 minutes danger from Brugge with Shaw doing well to block a close-range volleyed effort by De Sutter. Rooney had an effort following a one-two with Mata, but he spooned his chance high.

Herrera made an instant impact on his first start of the season by collecting the first caution of the match for a foul on Vazquez in the 13th minute. Not exactly what the Spaniard would have wanted.

A cautious start to the match from United which is understandable as nerves come into play with so much at stake.

The 20th minute saw a breakthrough for the away side and the goal drought for Wayne Rooney was over as he latched on to a superb pass from Memphis and dinked the ball effortlessly over the keeper. That’s just what was needed to relax the side and almost guarantee their qualification.

Rooney’s all-round game was an improvement on his other games this season as not only did his scoring touch return, but also his first touch, unlike Januzaj who once again failed to impress in the opening half hour and looked off the pace not for the first time this season.

Memphis had an accidental collision with the keeper when he was in his right to attempt to get on the end of a through ball much to the anger of the Brugge fans. This was followed just after the half hour mark with another chance for Memphis to run at goal and this time he chose to shoot when the better option would have been to square the ball in the box to Rooney.

A flurry of Brugge attacks didn’t amount to much as the United defence cleared the high balls that peppered the penalty area. Memphis was a threat again inside the box as he tried to work a chance with Januzaj but the Dutch winger couldn’t make room for a shot.

To Brugge’s credit they kept attacking United in the last ten minutes of the half and drew a smart save from Romero and also forced Blind into a back headed clearance that almost crept in at the far post.

Then there was a close decision from the linesman when he allowed the Brugge striker Diaby to continue his attacking run despite originally looking offside but keeper Romero showed all his experience as he kept his head and saved at the striker’s feet.

Half time and United deservedly led 1-0. This had been a mature performance even with the youngsters playing and once Rooney had put the side ahead it became a game that was out of Brugge’s grasp. Having said that the hosts didn’t give up and tried their hardest to save face and could have grabbed a goal on a couple of occasions if it hadn’t been for Romero.

Second half: Louis van Gaal made an expected change for the second period by replacing the ineffective Januzaj for Schweinsteiger which meant that Herrera would take up the number 10 position.

A positive start from United as Rooney was involved in a possible penalty shout but the referee got the decision correct in Brugge’s favour.

Then in the 49th minute the tie was definitely over as a fantastic team passing move involving Memphis and Herrera, who found Rooney and the striker was given the easiest of chances to slot the ball home for his and United’s second.

Within five minutes of the restart, Herrera had proved exactly what many fans knew that he was a better option in the position behind the striker than Januzaj.

Memphis should have been awarded a penalty after being clumsily brought down, however the referee saw it differently and waved play on but from the clearance Herrera shot weakly and the keeper collected easily.

United were in total control and it became a question of seeing the match out without sustaining any injuries or more yellow cards.

57 minutes and Rooney grabs his hat-trick by finishing off a neat pass from Mata. United’s captain capitalised on another superb passing move and they were all over the home side.

62 minutes in and van Gaal made his second substitution by bringing on Young for Mata and a minute later it was 4-0 as Herrera latched onto a brilliant defence-splitting pass from Schweinsteiger and the Spaniard had no problem as he finished with aplomb.

Herrera had done enough for the night and was replaced by Hernandez in the 64th minute.

Shortly after Brugge’s Vanaken hit the bar with a stunning strike and meant that another clean sheet was on the cards for United.

The brilliant away fans were clearly in a joyous mood going through their renditions of all the United favourite anthems. So good to see and hear the best fans in the world at an away match in Europe again.

Romero tried to keep himself busy when he threw the ball straight at the opposition, however they couldn’t capitalise on the mistake.

Memphis was brought down unceremoniously in a dangerous area as the match entered its final ten minutes, but the free-kick came to nothing.

In the 80th minute, the Red Devils were awarded a dubious penalty and it fell to Hernandez to try and convert but he slipped at the vital moment and screwed his attempt wide. A wasted opportunity for the Mexican who had another chance to impress his manager, but failed miserably as he ballooned the ball over the bar from close range.

The game went through the motions until the referee called it a day and the away team and fans celebrated together upon guaranteeing Champions League football for the coming season with a victory over the two legs of 7-1 on aggregate.

The result aside, this game was about the man of the match Wayne Rooney, who proved his naysayers wrong as he scored a wonderful hat-trick by finishing mouth-watering attacking moves created by his teammates.

The way that United set out their stall bodes well for future endeavours across Europe with the defence holding firm to produce another clean sheet. The movement from the players was outstanding and showed that they are starting to click.

Now, it’s only a question of who United will face in the group stages with some of Europe’s top sides waiting to test the Red Devil’s metal on the biggest club stage as the draw takes place tomorrow. However, on this performance maybe other teams should worry about United.

Let’s hope that Manchester United can take this form into the Premier League starting with Swansea City.