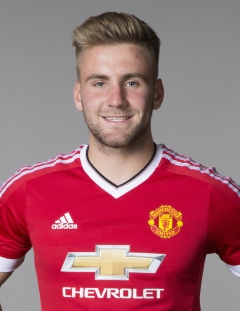 It was that sick feeling that you get in your stomach when you know that something serious has happened to a player as he goes down, visibly in agony.

That was the feeling I had as soon as I witnessed the challenge from PSV defender Hector Moreno on United’s Luke Shaw in the 15th minute of the Champions League clash at the Philips Stadion on Tuesday evening.

As soon as Shaw hit the ground everyone knew it was serious, but of course nobody knew how serious. However, judging from the expressions on the faces of the players surrounding their young teammate, you understood that it was bad. The depressing image of him being stretchered off the pitch with an oxygen mask attached to his face didn’t bode well as to his state.

After being taken to hospital everyone’s worst fears were confirmed that Shaw had suffered a double fracture to his right leg and immediately underwent surgery in a bid to reset his bones.

There had been discussions and debates even before the match ended as to whether or not it was a fair challenge by Moreno. I personally believe it was a free-kick and, therefore, a penalty and warranted the minimum of a yellow card, but maybe I’m a little biased. All that is secondary now and the main thoughts have to be with Luke and his inevitably long road to recovery.

The England international has many positives to fall back on. The main one being his age at only 20 years old, he has time on his side and being a sportsman, his level of fitness will only aid his situation.  More importantly, he is at the right club where he will receive nothing but the best treatment to aid him in his recovery as United have the perfect facilities for recovering players at their training HQ at Carrington.

Shaw also has the benefit of modern medicine and the advances in treating such injuries have been vastly improved over recent years to such an extent that he will expect to recover completely from the injury unlike some players in the past whose career would have been over for something less serious.

The biggest problem will be the psychological aspects of the recovery as he will be training mainly alone as faces being out of action for around nine months according to specialists. He will have to remain focused during his rehabilitation period, but he only has to talk to his colleague Antonio Valencia who also suffered a serious leg injury.

Valencia broke his ankle while playing for United in the Champions League against Rangers back in 2010. Sure, his injury wasn’t as serious as Shaw’s but he did have to go through exactly what his teammate will face and I’m sure he will advise him on how to remain focused.

The outpouring of sympathy from all fans and players around the world, not just Manchester United, must have uplifted his spirits and I’m sure that it will continue until the day that we see him back on the pitch in his No.23 shirt stronger and fitter than ever. In a strange quirk of fate United’s next match will be against Shaw’s former club Southampton at St. Mary’s stadium where I’m sure both sets of fans will spare a thought for the popular full-back.

I leave the last words to him “Thank you, everyone, for your messages, words can’t describe how gutted I am, my road to recovery starts now, I will come back stronger.”