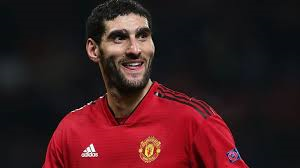 Midfielder Marouane Fellaini has completed his transfer to Chinese Super League club Shandong Luneng. The former Manchester United travelled to China to complete the deal having spent 5 years with the reds. The Belgian flew to China on Thursday to complete the deal that brings to an end five and half years at United.

Fellaini, 31, joined United when David Moyes was in charge on deadline day.

“Everybody at United thanks Marouane for his service and wishes him well for the future as he completes his move to Shandong Luneng Taishan FC in China,” the club said in a statement.

What are your thoughts on Fellaini and his time at Manchester United?