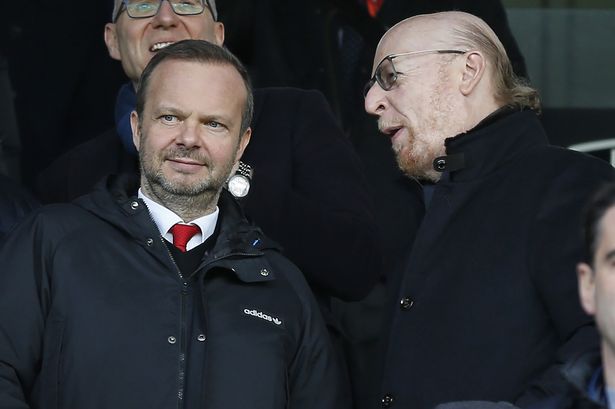 Manchester United won 0-3 at Fulham today after an impressive team performance. The Red Devils dominated their opponents, as Paul Pogba’s brace and Martial’s solo goal got United the three points.

It was Ole Gunnar Solskjaer’s 10th win in 11 games as Manchester United manager, as they moved up on the fourth place on the Premier League table.

Glazer attended a United match for the first time since the Champions League defeat to Juventus at Old Trafford in October. Solskjaer’s agent, Jim Solbakken was also in the directors’ box and spoke with the United board members.

Ed Woodward usually attends every United game and often visits the dressing room after matches to congratulate the players. Avaram Glazer went with him today as he met with Ole Gunnar Solskjaer in the visitors’ dressing room at Craven Cottage.

Asked about the meeting with the Manchester United co-owner after the end of the game Solskajer said:


Well, I’ve just spoken to him outside. He came into the dressing room. Of course they’re all happy after winning the game. Who I meet and when I meet people is not really up for me to tell.

The interim manager – Ole Gunnar Solskjaer acknowledged United had enjoyed the perfect preparation in a game where he substituted goalscorers Anthony Martial and Paul Pogba, as well as midfielder Ander Herrera.

However, Solskjaer may become a full-time manager of Manchester United, as Solbakken’s meeting with Avram Glazer and Ed Woodward suggests that the United board sees the Norwegian as a long term option.

There are rumors already that if Ole gets past PSG in the Champions League round of 16 will get his dream job.

Written by Boro T
Paul Pogba: Man of the match vs. Fulham
Mike Phelan: Current squad capable of winning everything