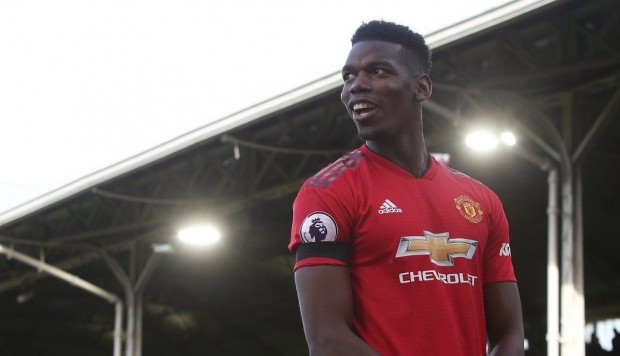 Paul Pogba: Man of the match vs. Fulham

Manchester United’s visit to Craven Cottage turned out to be an easy 3-0 victory for the Red Devils.

Paul Pogba put in a Man of the Match performance as he absolutely dominated the Fulham’s midfield. The World Cup winner scored a brilliant brace in the win with the other goal coming from French compatriot Anthony Martial.

Pogba broke a personal record today as he scored his 10th goal of the Premier League season. This is his first campaign ever with double figures of goal scored in a league competition.


It’s always good [to be in the top four], but the big teams now just stay there.

There are big games coming up and they’ll decide whether we’re going to stay there until the end of the season. We are fourth, even if Chelsea haven’t played, but it’s a good sign, it gives confidence to the team, we have to carry on like that to stay in the top four.

We were very far [back] and now to get back to the top four is a good result, but there’s still a long way to go and we have big games coming up, it’s not going to be easy, we have to keep playing like that, with a positive result and with a good performance from the team.

The Frenchman has revealed that Ole Gunnar Solskjaer has always talked to the team about the top 4 finish since his arrival as interim manager of the club.

It’s what we’ve wanted since Ole came, we talk about getting the top four. There’s still a long way to go but we’re there and we want to stay there now.

It’s always great to score goals but the most important is to win games. Scoring goals when you don’t win is not the same feeling. I feel great, the team feels good and we have to carry on like this.

Paul has been praised from his team-mate Chirs Smalling, as the defender said that “United is happy to have him”.

The Frenchman plays in phenomenal form after the change in management and is Manchester Untited’s true leader on the pitch. We hope that he will continue with his amazing performances and will drive United to top 4 finish and Champions League success.