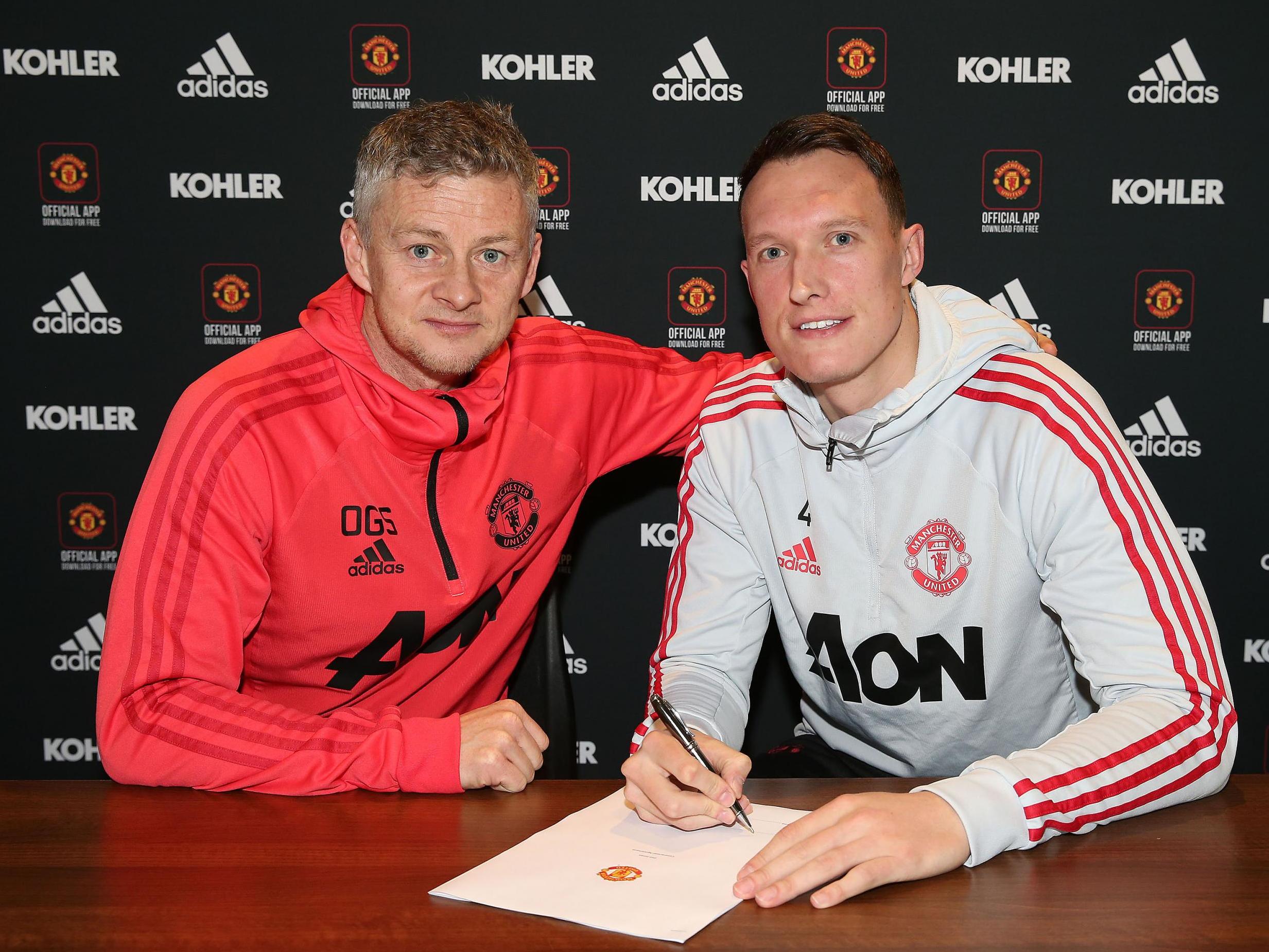 Manchester United have confirmed yesterday that the centre back, Phil Jones has signed new four-and-a-half year contract until 2023. United will have the option to extend it for a further year.

Phil Jones has been signed by Sir Alex Ferguson from Blackburn in 2011. Jones was only 19 at the time and was one of the most exciting young defenders in England.

He has played 208 games for Manchester United since then and has won the Premier League in 2013. Jones has also won the FA Cup in 2016 and the League Cup and Europa League double under Jose Mourinho in 2017 as a Red Devil.

Jones has had big problems with injuries though the last years, which did not let him develop in the world-class centre back he was expected to be.

After signing the deal, Jones said:


I am delighted to have signed a new contract. Manchester United has been a big part of my life for eight years and I love everything about this club.


I am excited about the challenges that lie ahead of us as we prepare for a very busy period in the season.

I would like to thank Ole (Gunnar Solskjaer) and the coaching staff for their continued support in my development.

Phil Jones has played in 17 games this season. He played only 6 games under the sacked manager – Jose Mourinho and has appeared in every single one of Ole Gunnar Solskjaer’s evelen games. The interim manager, who has won 10 out of 11 games had his saying on Jones’ new contract:


Phil knows what it takes to be a Manchester United player. He has won the Premier League, FA Cup and Europa League and is now one of the senior players within the team.


He is coming up to his 27th birthday and entering into his prime years as a centre half. We are delighted Phil has committed his future to the club .