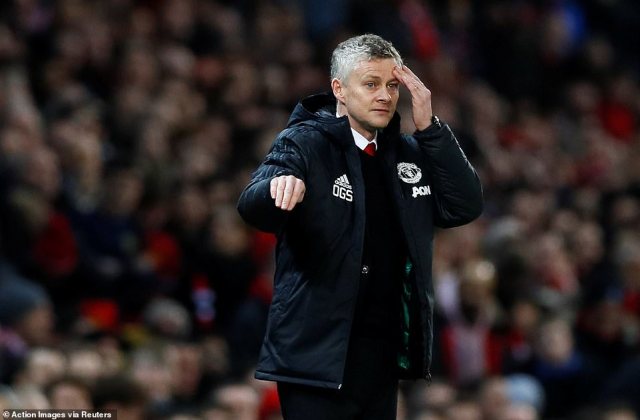 Reaction after the 2-0 defeat against PSG

Ole Gunnar Soslkajer has sufferd his first defeat as Manchester United boss tonight. The Red Devils lost 2-0 to the French Champions PSG in the first leg of the Champions League’s round of 16.

The manager’s reaction after his first defeat was that today was “reality check” for the Red Devils.


They had the momentum after the first goal and controlled the game. You could see that we hadn’t played at this level for a while and we will have to learn. It was an experience that can go either way, it’s not going to be a season defining one, it’s one we have to learn from.

Injuries? You can’t say that’s a reason, we had quality players to come on but Lingard and Martial give us something and let’s hope they are not too serious. They are muscle injuries, we have to wait a couple of days.

Paul Pogba is trying to get his body across and Dani Alves is clever enough to put his foot in there. Paul wants to shield the ball, he’s unlucky. Mountains are there to be climbed, you can’t lay down and say this is over We will go there, play our game and improve from today.

Today is a reality check for us.

That’s a sign of how far he’s come in the last couple of months. He was man-marked by Marquinhos and didn’t deal with it today.

Ander Herrera also had his say about the game performance, as the Manchester Untied midfielder believes that his teammates have to stay positive.


The game was tight until the corner. After the first goal everything changed. The game was under control. The game could have finished 0-0 if they didn’t score from the corner. They then played counter-attack because they have very quick players.

I think we lost some pace [when Antony Martial and Jesse Lingard went off injured in the first half] but won some combination with Alexis Sanchez and Juan Mata. We were pressing OK and they were not feeling good with the ball.

We are all optimistic and positive – we are building something good. Today is going to be a tough night and tomorrow is going to be tough day. We are going to fight for the top four and the FA Cup.

United’s next game is away at Chelsea in the round of 16 in the FA Cup. After the visit to Stamford Bridge the Red Devils welcome their biggest rival – Liverpool in the Premier League on Old Trafford.

Written by Boro T
United and PSG charged by UEFA
Paul Scholes is back in football!