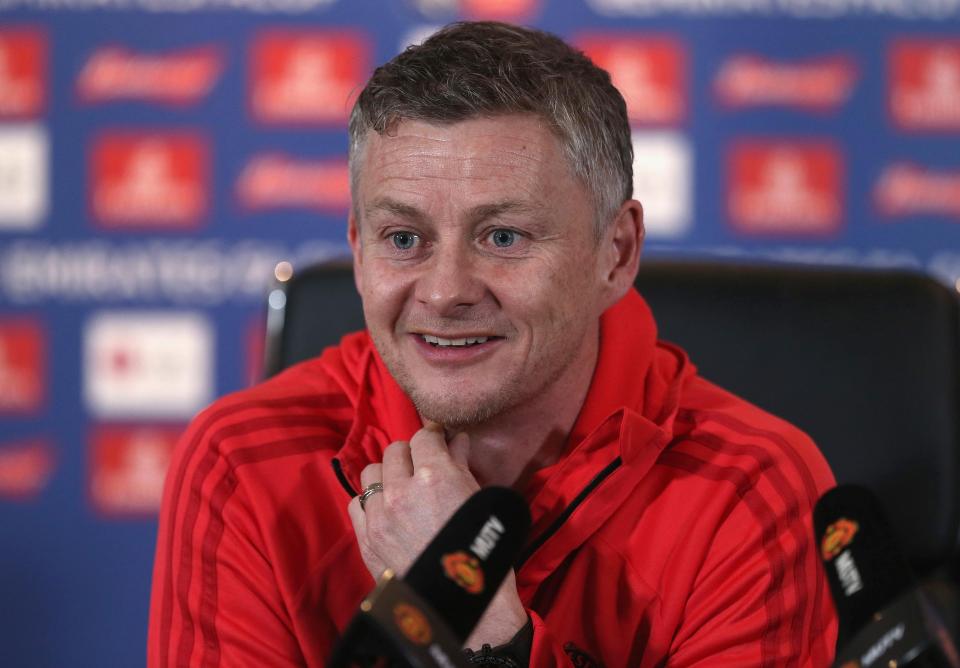 Manager’s press: Lingard and Martial out for 2-3 weeks

Manchester Untied’s manager Ole Gunnar Solskjaer today attended a press conference ahead of FA Cup round of 16 tie against Chelsea.

United visit the Blues on Stamford Bridge on Monday night, after the disappointing 2-0 defeat to PSG in the Champions League last Tuesday.

It was Solskjaer’s first defeat as the boss of the Red Devils, but the Norwegian thinks that there is no need to panic.

Been back home actually, been to Norway, nice to see the family but it’s a different feel of course, I hate losing games, the boys hate it, they’ve been down but there’s no point dwelling on it, there’s big games against good teams coming up and we need to dust ourselves down.

You’ve got to bounce back at this club, always have challenges and away against Chelsea is tough. Let’s make sure the next two days in training we’re ready on Monday. We know there was a spell against PSG, seven, eight, 10 mins we lost our way apart from that we weren’t too bad.


You don’t panic because you have lost a game, you don’t change everything because it does not change the mindset at all. We need to keep working on the way we want to play football. The way we approach the games will always be in an attacking positive mind.

There is some bad news for Manchester United fans, as Ole confirmed that Jesse Lingard and Anthony Martial will miss the trip to London, and most likely will miss the Premier League derby against Liverpool.

Both players suffered a hamstring injury during the first half in the clash against PSG on Tuesday.


I think they will be out for two to three weeks. Anthony and Jesse have done really well for us, they are vital in the attacking parts with their pace. Romelu and Alexis have different skill sets, so we just need to gel a team together for Monday now.


Then you are looking at young players, so Mason Greenwood now is the time to step in and he is injured unfortunately, he is out for a couple of weeks as well. That is just the way the luck goes but Mason will get his chance later on.

Solskjaer also paid tribute to the Class of ’92 coach Eric Harrison who passed away on Thursday and confirmed that is in daily contact with Manchester United’s CEO – Ed Woodward.